Whether at the airport, a train station, or another security checkpoint, it is likely that you have seen a drug-detection dog. These pooches are highly trained to use their superpower noses to sniff out all kinds of odors, ranging from illicit drugs and explosives to lost humans.

So if youre wondering whether dogs can smell dab pens, the answer is an unwavering yes. Whether youre inhaling marijuana or tobacco, dogs are able to sniff it out, even if the vape pen is small and discrete. Read on to find out why!

The majority of TSA canines are not actively looking for marijuana, and instead, their focus is on safety.

Yup. TSA sniffer dogs are not directly looking for your dime bag of weed or vape pen, unlike a drug dog!

Instead, they are searching for explosives and other things that are potentially dangerous and can cause harm.

Since airport security has tightened up significantly since the 9/11 incident, they are more focused on explosives, hard drugs, and potentially dangerous suspects.

However, if you are caught at an airport in a state where marijuana or cannabis is not legal, the TSA will hand you over to local law enforcement agencies to deal with you.

And depending on how much weed you are carrying, you can be subject to the laws of that particular state.

So, you could be at risk depending on where you are landing or stopping over.

So it is best to leave your cannabis and vape cartridges at home unless you have a prescription and all the documentation needed to prove it.

Drug sniffing dogs are not usually looking for weed when they are on the job. Instead, they are looking for explosives, harder drugs, or harmful or dangerous objects.

This is because you will have to go through TSA security again, and they may have a drug dog that can identify marijuana. If caught, you may be handed over to police officers at local law enforcement agencies.

If you have a medical prescription for your vape cartridges, be sure to bring all documentation with you. That way, you are covering your butt if a drug dog happens to identify you.

According to police dog handlers and customs officials I have read interviews with, drug dogs are only trained to detect between two and five different substances.

This means that if a police or customs dog has been trained to smell for cannabis or THC and this substance is contained in a vape juice cartridge, the dog can still detect and signal for it.

Similarly, if customs dogs have been trained for detect nicotine, they will smell vape pens with nicotine juice in it. This is more common at customs and borders where the smuggling of tobacco is checked for.

Even if the substance such as cannabis, weed, and THC is in liquid form and mixed in with nicotine vape juice, drug dogs may still be able to detect for it. It’s because sniffer dogs are able to separate odors that are mixed up. For example, when a human smells stew, they just smell stew. When a dog smells stew, he can differentiate between the odors of all the ingredients mixed in together. 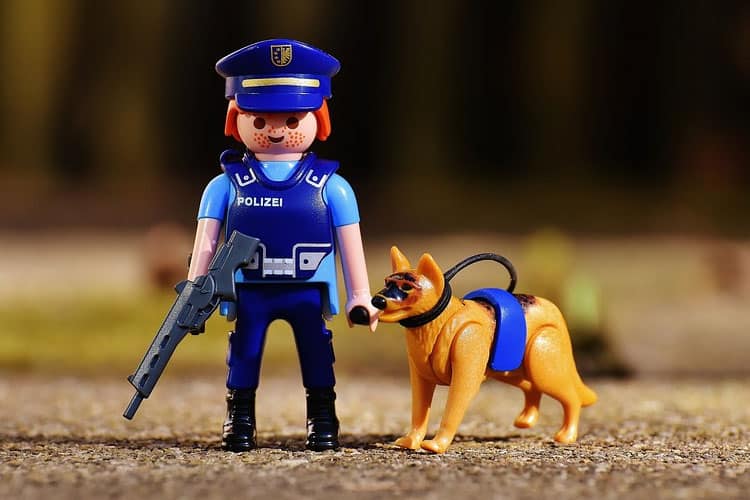 Even if the dog can’t smell through the cartridge of glass of a vape pen, they will likely smell the illicit substance on the fingers of the person on the outside of the vape.

A dog’s nose sensitivity is thousands of times better than ours. According to Professor Alexandra Horowitz, while we can detect a teaspoon of sugar in our coffee, dogs can smell the same amount of sugar in a million gallons of water.