Animal memes have been popular since the beginning of memes. Funny photos of peoples’ pets have gone viral and became the source of iconic memes. Many memes like these have been shared for years retaining their legacy on the internet.

Some of the most popular animal memes include Doge, Cheems, Limecat, and Longcat. One of the more recent animal memes to enter the meme world is Walter the Dog. Although many people might not know who Walter is just based on the name of the meme, one photo of him has spread like wildfire on social media over the past couple years.

The of the dog was posted to Twitter in late 2018. The picture was taken at an angle making him look like he has a giant nose and no ears. People started using the to make hilarious memes featuring the dog, who henceforth became known as Walter the Dog. 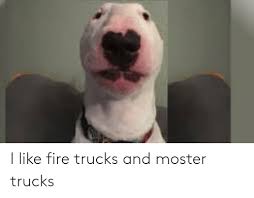 The Doge internet meme became popular in 2013 with a Shiba Inu dog’s internal dialogue Photoshopped onto the picture in Comic Sans.

There have been a few memes featuring both Walter and Doge. One chuckle-worthy version is a smashup of the original Doge with Walter the Dog’s face, creating Walter Doge.

Some people have called Nelson the Target dog since he’s the same breed as Target’s mascot. This designation has resulted in a few Target Walter the Dog Memes.

For example, there’s a Walter the Dog Target meme with Nelson dressed up in Target attire. It says, “Walter working minimum wage. He do be joining a union, though.”

Enough people believed in Walter that he had his own presidential campaign. You can still buy Walter for President 2020 paraphernalia on Redbubble.

Who is Walter the dog, known as Pana Walter?

The pups name is Nelson and he is famously known as Walter in the various memes that are made on him. The bull terrier is also known by the name Pana Walter. The one famous meme that everyone must have seen is the one where the has a close up of terriers face.

The terriers face actually went viral in 2018 for the first time when her owner uploaded his pic captioning “When u open the front-facing camera on accident”. Take a look at the tweet from 2018.

No, Walter is alive and healthy. All the rumours about his death were shut down by his owner itself. It all started when a website named CelebritiesDeaths.com posted a pic of the bull terrier laying on the ground due to gunshot wounds. The article then gained a lot of attention as the name of the dog was stated as Walter, but with a different spelling.

Post that, many Instagrammers and Twitter users were seen posting condolence posts for the adorable bull terrier Pana Walter. However, when this post gained the attention of Walters actual owner, she said that Nelson (Walters real name) is alive and the pictures of the dead dog are actually of a dog named Billy. Billy was shot while he was protecting his owner from an armed robbery in Philadelphia. Walters owner further clarified that the terrier shown in the is alive as well.

Why is Walter the dog so famous?

The pup’s name is Nelson and he is famously known as Walter in the various memes that are made on him. The bull terrier is also known by the name Pana Walter. The one famous meme that everyone must have seen is the one where the image has a close up of terrier’s face.

When was the Walter meme made?

Austin’s next rising star has four legs, but it’s his voice that launched him into viral fame. Austin — LEANDER, Texas — He’s one of those dogs that has an Instagram and has gotten famous for his singing. His name is Walter and he lives here in Leander.