Fun Fact: Hills Pet says these dogs can be diggers particular in the warm weather months because they seek a cool place to chill out.

Fun Fact: A Newf, as they’re nicknamed, swims so well because they have partially webbed feet.

This large breed is a competitor in contemporary carting, tracking, ability and water tests, according to the AKC. Newfoundlands combine strength with a high level of endurance, saving drowning victims by swimming long distances. Clearly, they make fabulous life preservers and, thanks to their fluffy fur, pillows.

Fun Fact: Often found in the same sentence with this working breed is the word “drool.” A bib or hanky to wipe away long swaths of slobber should always be on hand.

Like the husky, the boxer is also a working dog with a rich history. Cousin to almost every modern-day bulldog breed, the boxer is protective, patient and powerful with a goofy side. (Have you ever met a boxer that didn’t make you smile?) But they can turn on the serious when it’s part of the job description. Cattle dog, police dog and war dog are all on their resume, the AKC notes. 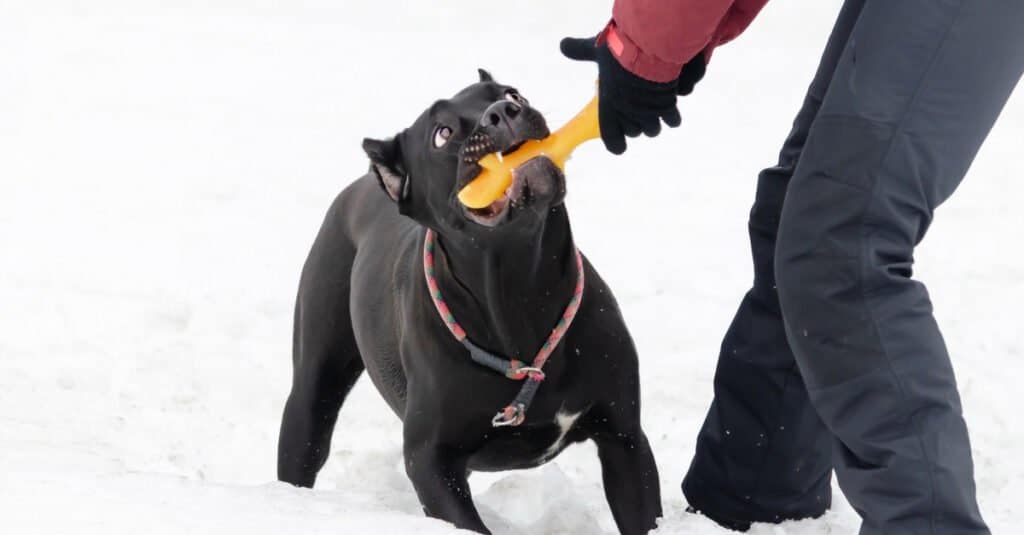 The Cane Corso is a dog breed often described not just as strong, but majestic. This powerful canine was first bred for its loyalty and protective instincts in ancient Roman times. The breed is heavily muscled at often more than 100 pounds and 28 inches at the shoulder. It has an intimidating stance and clear intelligence behind its eyes. Because they are so imposing and able to so effectively scare away intruders, the Romans’ chosen name of Cane Corso for the breed translates from Latin as “bodyguard-dog.” But as the American Kennel Club points out, it is important to train and socialize this powerful breed well or they can end up “owning the owner.” 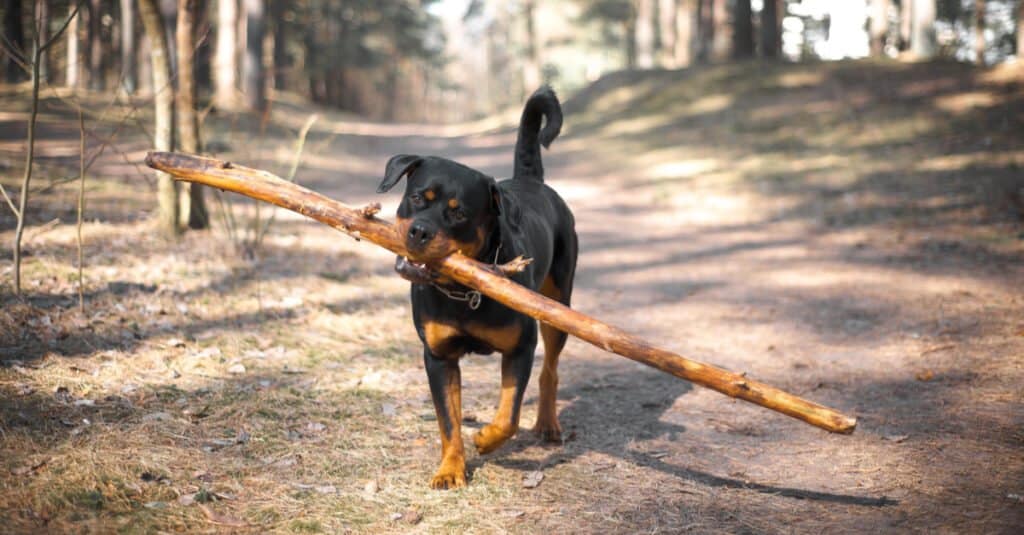 First recognized as a unique breed by the AKC in 1936, the Rottweiler stands up to 27 inches at as much as 135 pounds. This is certainly not the biggest dog on this list. But, like the Pit Bull terrier, the Rottweiler brings other skills to the ranks of the strongest dogs in the world. Descended from the Mastiffs, this breed is heavily muscled, particularly in their hindquarters. This makes them skilled runners and bounders, able to chase down a threat and hold it at bay. They possess a fiercely protective nature, keeping watch over their owners like a guardian angel. That angel seems to think it is a Toy Poodle when there is no threat, however. Rotties are always ready to jump on the sofa and take a nap cuddled up against a family member.

Which dog is most Buffest?

What is the number 1 strongest dog?