Some people think that dogs today are too domesticated to fight off wolves, and this is just not true. When people think of dogs today, they tend to think about the popular dog breeds we all know and love like golden retrievers, labs, huskies, and other fluffy cute pooches.

However, there are still plenty of strong working breeds around that are surprisingly strong and can fight off predators like wolves.

Now it’s time to discuss each of these amazing dogs in more detail and find out what exactly makes them capable of fighting off wolves. 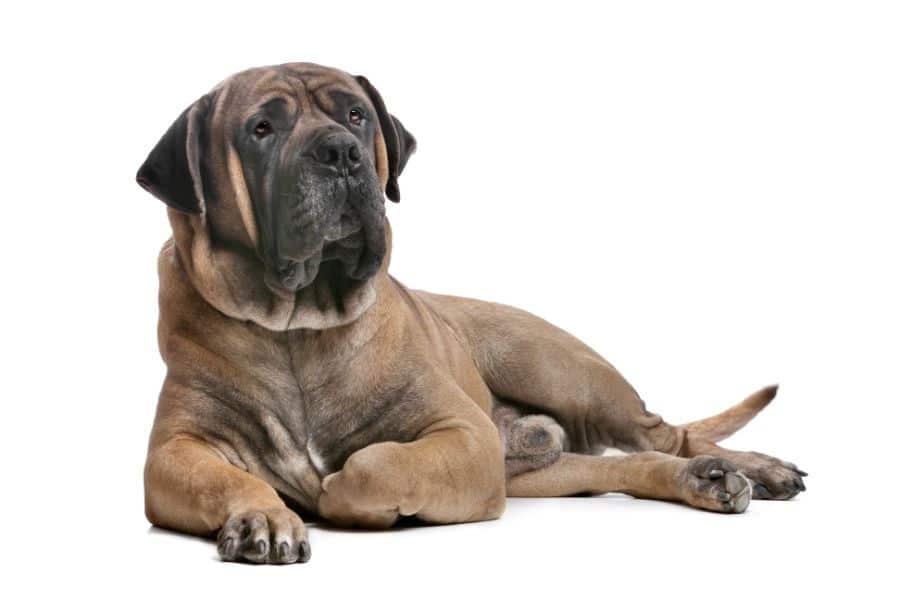 Quick facts about the Boerboel

Often called the South African Mastiff, the Boerboel is a dominant and territorial dog. These dogs have a distinctive black mask and come in a variety of colors, including Fawn, Black, Brindle, Red, and Brown.

When they are in the right hands, Boerboels are excellent working or guard dogs that can be trained to protect a home. They have an extremely high prey drive, which means they are likely to warn off (or fight) intruders including wolves, other animals, or even unwanted humans.

Due to their size and temperament, these dogs are best suited for families with no children or older children and no other pets in the house.

They are incredibly loyal, hardly shed at all, and they can be affectionate and sociable if trained properly from a young age.

They are not recommended for first-time dog owners. 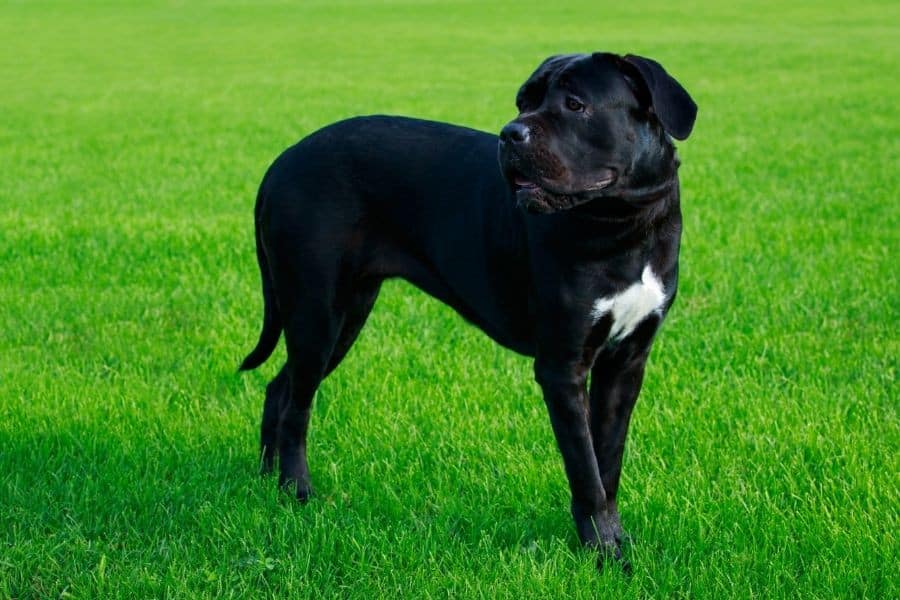 Quick facts about the Cane Corso

Known as the Italian Mastiff, the Cane Corso is a reliable, protective, and attractive companion breed that works brilliantly as a guard dog.

Not only does this breed have a fairly high prey drive against other animals, but their impressively large heads give them a threatening appearance against intruders. This is one of the reasons why they are trained for law enforcement purposes.

What dog can kill a wolf? This one can: its bite force (700 PSI) makes this an excellent breed for fighting wolves.

Despite their strong bite force and threatening appearance, the Cane Corso is an affectionate and gentle companion. Their protective and territorial nature means they are extremely loyal to their pack, meaning they will form strong emotional bonds with their owners.

They’re not aggressive by nature, even around strangers, so they can be brought up around kids from a young age.

These large dogs can be prone to destructive behavior from boredom, so they must be owned and trained by a committed and experienced owner. 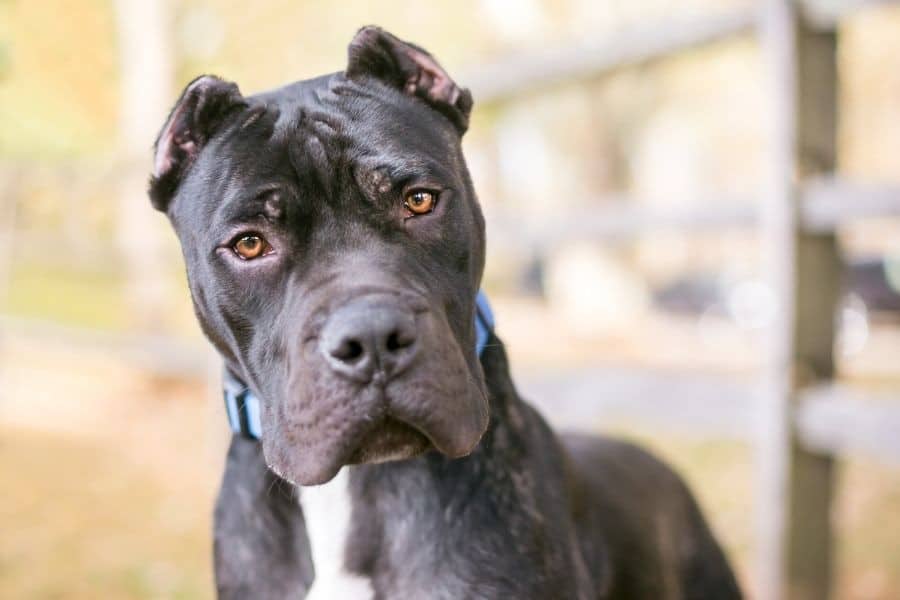 Often referred to as the Canary Mastiff, the Presa Canario is an excellent watchdog and livestock guardian breed. They have a highly protective nature driven by sheer loyalty, meaning they will do whatever it takes to protect their household or livestock (or whatever they have been trained to protect).

In terms of temperament, the Presa Canario is a naturally suspicious breed. They don’t do well with kids or other pets, and they need to be trained and socialized from a young age by experienced dog owners.

Still, when they are trained properly, they have a calm and gentle temperament around the people they trust.

What dog breed would kill a wolf?

The emotionally sensitive and loyal dog gets along well with children, but they’re also the only breed of dog that can kill a wolf. Have you heard of Turkey’s Kangal dog? Also called Karabas, meaning black head, the sand coloured, muscular animals are considered the country’s national canine.

Can a Boerboel kill a mountain lion?

Stories are told of the Boerboel killing and vanquishing lions in South Africa. Truthfully it is unlikely that a Boerboel would be able to kill a full grown and healthy lion however, they were strong and agile enough to handle the occasional leopard. A Boerboel can be both a capable working dog and a loyal companion.

Which dog can kill a Boerboel?

A pittbul can kill a Boerboel and a Boerboel can kill a pittbull. Both can kill numerous other creatures that are way bigger and stronger then themselves. They can fight till death, it only depends on who deals the worst damage first.

Can Boerboel kill a leopard?

A single Boerboel could kill a leopard. The dog could not kill a lion alone, however, as is sometimes claimed. Tail docking is said to have originated to prevent baboons from grabbing the dog by the tail.