Whether you are a first-time dog-owner or have recently had your female dog spayed, you may have wondered if your dog will still have her period after the procedure. Not a nice question but an important one nonetheless. After researching the topic extensively, here is what you need to know.

So, do spayed dogs have periods? Spayed dogs do not have periods but may bleed post-operation as blood from the procedure works its way out. This should stop after a few weeks. However, prolonged bleeding may result due to surgical complications, or conditions left untreated such as vaginitis or infection.

However, excessive blood or that continues long after the surgery typically means something wrong, and veterinary intervention will be required.

And while a period is completely normal for a non-neutered dog, it’s important to be aware of different reasons why your dog may still bleed despite being spayed.

Some of which can be completely normal while others are much more of a cause for concern.

This article will cover why your spayed dog may be bleeding and when you should contact your local veterinarian.

So, the bottom line is, yes, female dogs can still bleed after being spayed, but most of the time it could be due to post-operative bleeding. It could even possibly be ovarian remnant syndrome. Either way, if you see any bloody discharge after your dog has been spayed, you should immediately call your vet.

When a female has not been spayed and is in season, she can attract unneutered (and occasionally even neutered) males from miles away.

The scent released is not one that you or I can pick up on, but is obvious to any dog in the vicinity.

This is an evolutionary mechanism that was important so that a female could attract the local males to mate with her and ensure she got pregnant and passed on her genes.

Nowadays, it is a nuisance to the owners of an unspayed female.

This is especially true for those who live rurally or send their dog to places such as doggy daycare.

When a female is attractive to a male due to her scent, owners need to be very cautious.

The female must be walked on a lead at all times, ideally away from other dogs.

If she encounters an unneutered male, he may become aggressive if not allowed to mate with her.

Indeed, this is a common cause for owners getting bitten; as they try to prise the boisterous male away.

Thankfully, once a female has been surgically spayed, she will no longer produce any smells which attract males.

Importantly, there are certain medical conditions that can mimic the smell of oestrus.

This will confuse a male, who might try to mount the female, even if she has been spayed.

Do Spayed Female Dogs Have Periods?

No, spayed female dogs don’t have periods anymore since their ovaries are completely removed. 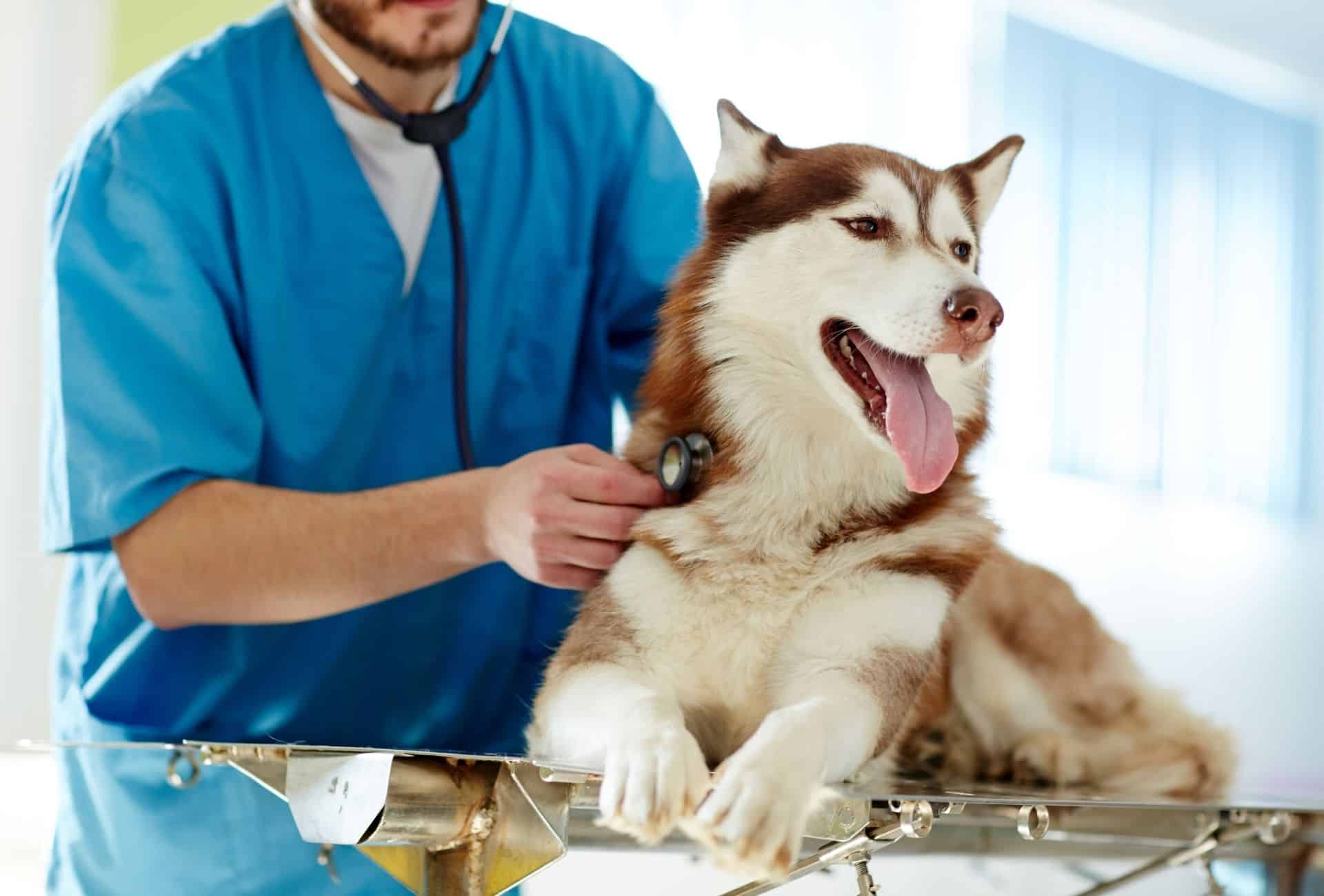 The ovaries are needed to produce the hormones that result in a female going into season or having regular periods.

Some surgeons will also remove the uterus. This is known as an ovariohysterectomy rather than an ovariectomy.

Regardless of the surgical method, females should no longer experience seasons.

The bleeding of the female doggie heat cycle is subtle and usually more like spotting than anything else. As the estrus cycle begins, dogs vaginas secrete discharge with minimal blood. This typically is accompanied by the swelling of the external genitals. As the heat cycle progresses and female dogs get closer to mating, however, not only does the discharge lessen, so does the blood inside of it. With time, the discharge takes on a barely noticeable, light yellowish color.

Regular bleeding during heat isnt the only thing that ceases with spaying. The surgery — which involves the elimination of the reproductive organs — also puts to an end a lot of the behaviors that come along with the female canine “season,” including urine marking, nervousness, vexation, immoderate crying, watchfulness and decreased ability to concentrate. Spaying stops female pets not only from experiencing bloody discharge, but also from dealing with hyper, jittery and stressed-out heat patterns.

If your female dog gets spayed, then she will no longer go into heat, or estrus. Without going into heat cycles twice each year, your dog wont undergo all of the hormonal behaviors and physical changes that are part of it. Spaying essentially cuts all of those things out. Spayed female dogs bleed normally when they have wounds and so forth — they just wont bleed due to heat.

Once you bring your pet home from the hospital or clinic after her spaying surgery, closely follow the care rules provided by the vet. If you see anything abnormal in your doggie, like bleeding or unusual exhaustion, it could indicate a surgical complication. Contact the veterinarian immediately if you notice potential problems with your pooch.

The sight of your sweet doggie bleeding is always an alarming one. Sometimes, however, it isnt a sign of an injury or illness — like the heat cycle, for example. Although female dogs dont get menstrual periods as human females do, they do experience some mild bleeding when theyre “in season.”

What would cause a spayed female dog to bleed?

If you see blood coming from your dog’s vulva, it could be a result of trauma, tumors, infections, anatomic abnormalities, blood clotting disorders, and conditions affecting the urinary tract. Your dog should be evaluated by a veterinarian unless she is known to be in heat and there are no other issues.

Can a dog still bleed after being spayed?

If your dog is bleeding after spay, a major concern is internal bleeding. However, there are several reasons your dog may be bleeding from their spay incision. Although bleeding after dog sterilization is relatively rare, a dog that has recently been spayed/castrated can experience bloody discharge or bruising.