There are many breed mixes that may raise some eyebrows, especially designer dog breeds created with rare and unusual dog breeds. From Bernedoodles to Mastadors, the list of hybrid dog breeds goes on. However, the latest trend in dog breeding hasn’t been with Canis Familiaris, the scientific name for the domesticated dog, but with canid hybrids. Canids are canine-like animals that are related to the happy canines we call pets, which include wolves, foxes, and coyotes. The most recent trend in breeding “true hybrids” is with the Coydog, which is the result of a male coyote breeding with a female domesticated dog. Coydogs are adorable as puppies and the demand for them has been increasing, yet many end up in shelters and rescues by the time they’re fully grown. Let’s take a closer look at Coydogs to see what it takes to handle one correctly:

Coydogs are often confused and misidentified, often mistaken for the larger wolfdog or coywolf. All three are considered canid hybrids, with coydogs being the smallest of the three. Some coydogs may be mistaken for being pure coyotes, depending on the dog parent’s coat type, coloration, and overall size.

Coydogs are not legal to own in some states.

While each state has its own laws about animals and ownership, coydogs are not legal to own in some states. Before buying or rescuing a coydog, it’s extremely important to check the legality of owning a canid hybrid. Between the legal issues and the expense, buying a Coydog is not always a great idea. 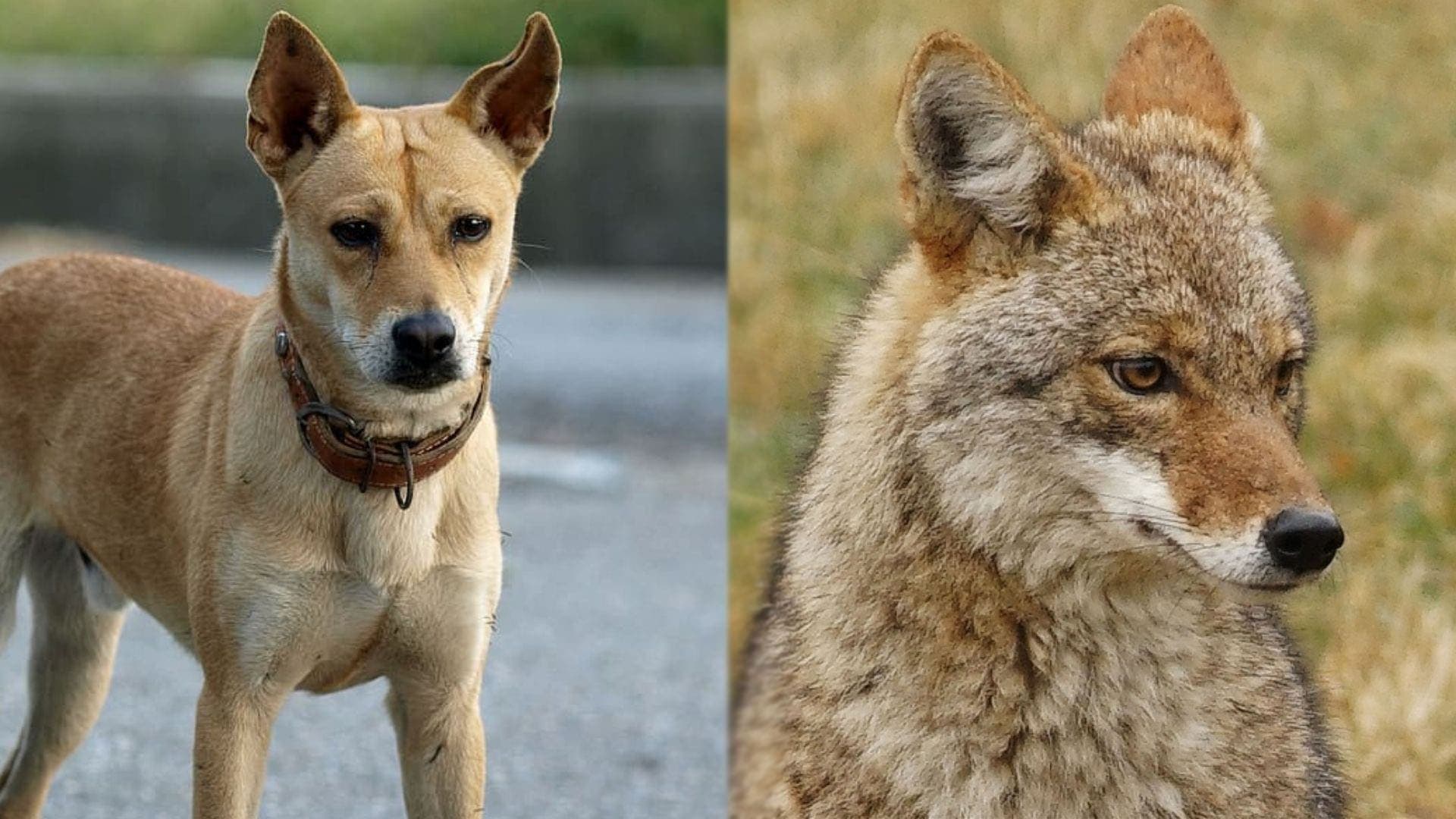 Are These Dogs Good for Families?

No. Coydogs are unpredictable, even if they seem calm and docile. They do not do well with teasing, so they’re not suitable for little children. Coydogs can be playful but often don’t know their own strength, so even older, calmer children can be at risk.

These hybrids can both howl like coyotes and bark like dogs. A Coydog’s eyes are generally brown, and the tail is bushy and points downwards. Coydogs typically maintain the dense coat and sable coloration of the coyote parent, but can also be white, brown, or black.

How much do coydogs cost?

They may end up with nervous, shy or fearful personalities. Coydogs are not a good choice of a pet for most people, as most people do not have the knowledge regarding natural canine instinct and/or are not strong minded enough to take one of these animals on.