Every pet owner has developed a soft spot for their dog, and taking care of them at all times is one of their priorities. You want to ensure that your dog is in the ideal healthy state. For this reason, you will rush them to the vet in case you notice any signs of illness and discomfort.

One of the most unglamorous topics for dog owners is their dogs vomiting undigested food several hours after eating.

One thing you’ll want to know is that when food is swallowed and reaches the stomach, the churning process begins right away, and digestion kicks. After every important bit of the food is absorbed, the rest is pushed down the alimentary canal and finally excreted.

So why is your dog throwing up food hours after eating? Shouldn’t the food already be digested? As it turns out, several reasons can cause them to vomit the food in its original state.

Usually, it’s regurgitation. Your dog may have eaten too much, too fast, or they may be suffering from stress. Megaesophagus is also a possibility, so you’ll want to check with your vet to be sure. If your dog is vomiting, it usually happens at least a few minutes after your dog has eaten.

Most of the time, we think of vomiting and regurgitation as the same thing. But these terms refer to different actions in dogs.

Regurgitation is the return of food into the oral cavity after it has been swallowed. The food never started getting digested before it was expelled — your pup’s abdominal muscles didn’t push the stomach contents back up into the esophagus and mouth. A combination of the esophageal muscles and gravity did.

Vomiting, on the other hand, does involve the muscles in the abdomen pushing stomach contents out of the stomach and back into the esophagus and mouth. Those contents will be partially digested. Vomiting is more of an active experience for your dog while regurgitation can happen passively without your pooch really controlling it.

Why does regurgitation occur? Typically, it happens when your dog:

So, regurgitation is something that many dogs can experience without actually having something medically wrong with them. (The exception is megaesophagus, and you should contact your veterinarian if your dog regurgitates frequently.) Vomiting, though, is more concerning.

The occasional episode of vomiting probably isn’t something to worry about, but it’s important to keep a close eye on your pet after he or she has vomited. If other signs and symptoms accompany the vomiting, it’s time to call the vet.

You should also be aware of a dangerous condition called bloat, especially if you have a larger dog — the problem is more common in large breeds. In a case of bloat, a dog’s stomach twists, blocking the escape of stomach contents and forcing the stomach to expand.

One of the telltale signs of bloat is retching and gagging without producing any material. If you see your dog doing this, let your vet know immediately.

The process of digestion kicks off moments after eating. As such, food should not be in its original form hours later. Digestive upsets are a common occurrence in dogs. There might be a problem with the dog’s gastrointestinal tract, such that the food isn’t being broken down.

On average, the amount of time taken by your dog’s body to completely empty its stomach ranges between two and three hours. It should never exceed four hours. Therefore, if the dog vomits undigested food, there must be a problem.

For example, there might be a problem with the dog’s esophagus, such that the food didn’t even reach the stomach for digestion. However, you should never mistake your assumptions based on the timing of your dog throwing up; don’t assume that the problems with the esophagus just because it didn’t take them long before vomiting.

Megaesophagus is a condition that makes a dog regurgitate food. Most of the dogs that vomit undigested food due to digestive upsets are caused by this condition. It comes about when the esophagus gets dilated, weakening the muscles. As a result, food will either move the tract slowly or won’t move at all.

If the food sits on the esophagus for hours on end, it will only be pushed back up and vomited without being digested.

Several things can cause such a condition. Maybe years of collar pulling have weakened the muscles, or a foreign body made its way in there and caused some damage to the nerves.

One of the primary causes of an upset digestive system is when your dog ingests something unusual. They might also have taken a lot of humans, or maybe food that they aren’t meant to be eaten. 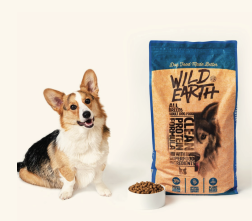 Why is my dog throwing up undigested food hours after eating?

The reasons why a dog may regurgitate food hours after eating are more or less the same as the ones we’ve covered: stress, anxiety, or excitement, fast eating, tumors, inflammation of the esophagus, and megaesophagus among others.

What do I do if my dog keeps throwing up his food?

Prompt attention from a veterinarian should be sought if your dog vomits multiple times in one day or for more than one day in a row. In addition, you should seek veterinary attention if your dog shows the following symptoms accompanied by vomiting: Loss of appetite. Change in frequency of urination.

Is it normal for puppies to throw up undigested food?

If your dog is throwing up food and also has any of these symptoms, take them to the vet. If your dog throws up and continues eating with normal bowel movements, it might just be an isolated incident. But if your dog is vomiting and not eating, you should check with your vet to rule out serious conditions.