A dog named Juan Gotty who was owned by Richard Barajas of West Side Kennels. This dog produced most of the Gotti line Pit Bulls that we see today. Thanks to Juan Gotty, more than 700 Gotti line Pit Bull puppies were registered with the United Kennel Club. In appearance, Gotti Pit Bull puppies and adults are stocky and massive with large heads. American Bullies are known for their bully like appearance often used as a status quo for drug dealers and even the general public. All of the sudden people feel invincible simply because a Gotti is with them. Gotti Pit Bull puppies are short and low to the ground but can weigh as much as 90-100 pounds. The Gotti Pit Bull American Bully temperament is however mellow, they are people pleasers. Gotti Pit Bull’s are the result of breeding Bull Dogs, American Stafford-shire’s with Pit bull Terriers.

Where to Find Gotti Pitbull Puppies for Sale?

As a general rule, only buy puppies from reputable kennels. This ensures that the puppy you’re getting is of premium quality. Also, make sure that the kennel adheres to the standard of proper breeding.

This also guarantees that the dogs are being taken care of, unlike situations in puppy mills where breeders are only after profit and neglect the dogs’ welfare.

This reputable kennel located in New England breeds American Bullies and American Terriers but is better known for its primary bloodlines: Gotti Line and Razor Edge.

On their website, they assure their customers that their breeding program is done selectively to produce only the best puppies. They also make sure that none of their dogs are sold for illegal purposes.

The NEGL kennel offers to ship to various states in America. They can also ship internationally.

Since 2004, the Southern Gottiline Pitbulls have provided quality Pitbulls across America. The kennel wishes to debunk old myths associated with the breed.

They have a BullyCamp in South Carolina, where you can meet some of their friendly Pitbulls. They also take pride in producing only 100% Gotti Line Pitbulls. Their dogs are also UKC and ABKC registered.

Double L Kennels is a small kennel located in Kansas. Just as they are picky with the dogs they use for breeding, they are also selective in the houses that their dogs go to.

Some of their dogs have been featured in magazines like Atomic Dogg Magazine and Stackd Up Magazine. Like the other kennels mentioned earlier, they also make sure that none of their dogs or puppies is sold for illegal purposes. 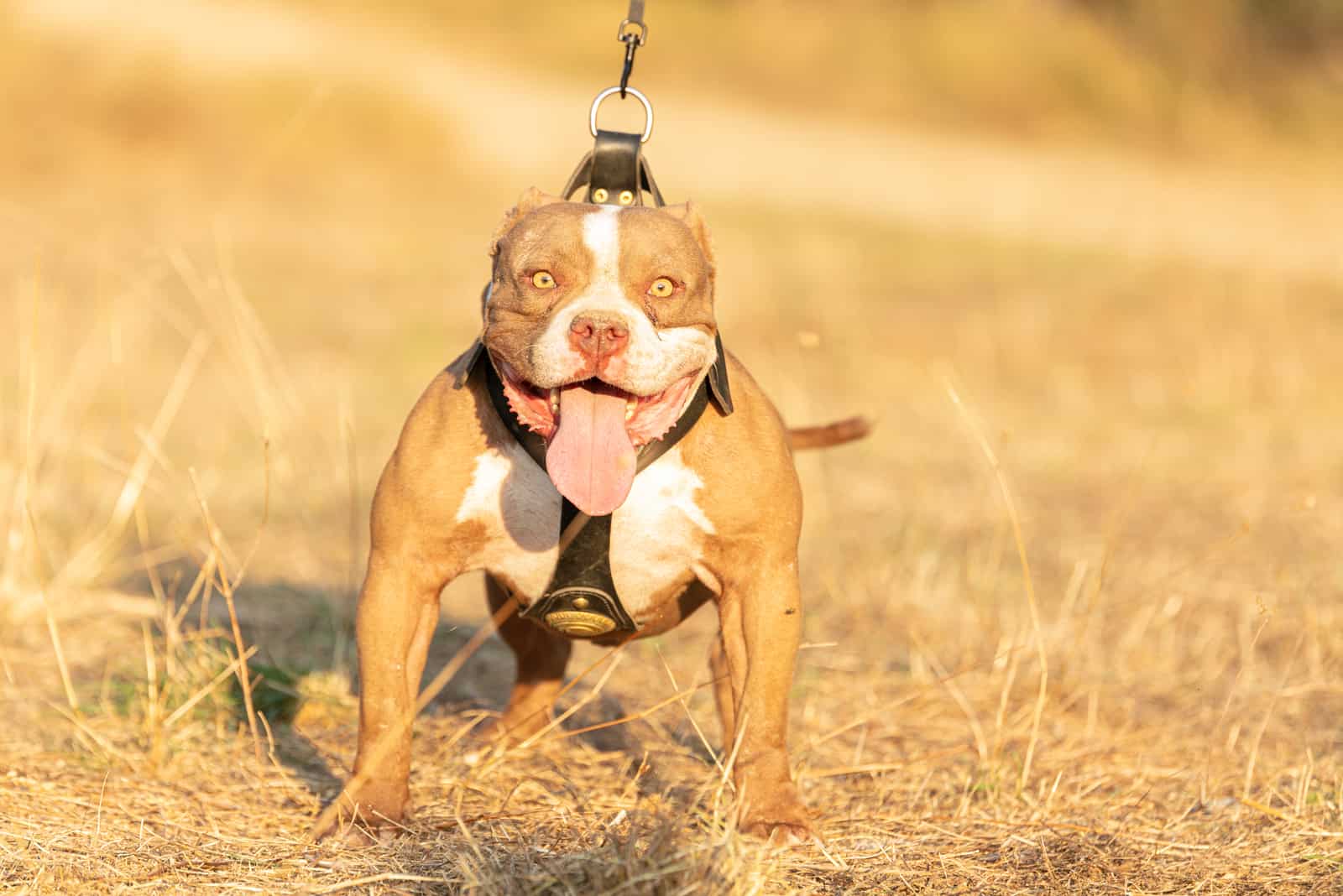 Some people confuse Gotti Pitbulls with Razors Edge Pitbulls, but they are, in fact, two different types of Pitbulls.

A Gotti Pitbull is a specific bloodline of Pitbulls belonging to the American Bullies – a group of Pitbulls with their own breed standards. They are usually larger, with unique features that cannot be found in traditional Pitbulls.

On the other hand, a Razors Edge Pitbull is also a specific bloodline, but one that falls inside the regular breed standards when it comes to its height and weight. 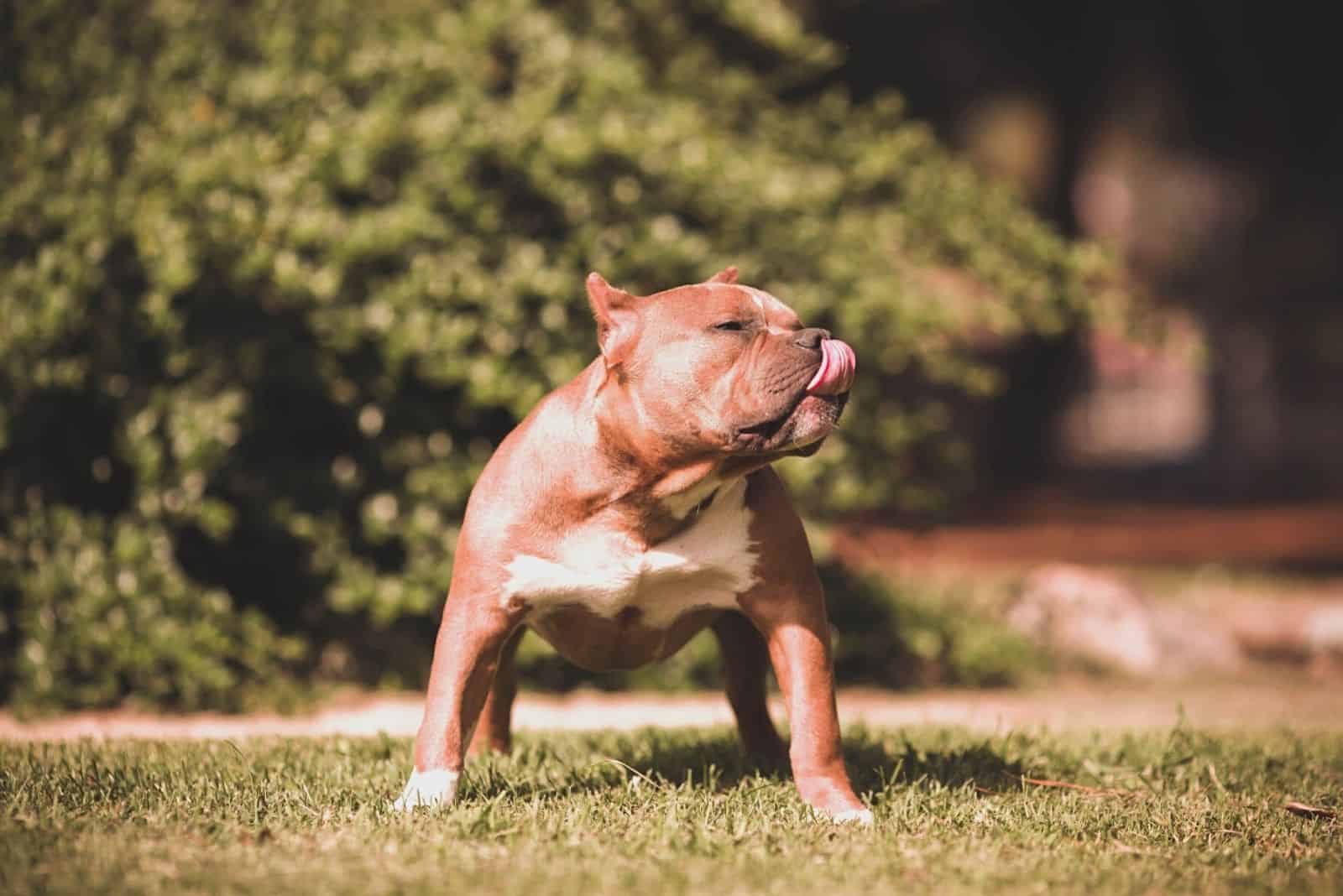 Sadly, Pitbulls have a reputation for being extremely aggressive and outright dangerous dogs. But is there truth to these rumors when it comes to the Gottiline?

These dogs seem big and scary, but they are not born aggressive. While they are fully capable of inflicting a great amount of harm to another dog or even a human, this is not their nature. They are mostly calm and affectionate dogs that would do anything for their owners.

Unfortunately, their muscular build makes them stronger than most dogs, which does cause many people to use them in dog fights. Some bad Pitbull breeders even breed them for this sole reason.

Not to mention that calling these pups American Bully breeds or bully style dogs doesn’t do any good for their reputation!

These XXL -sized Pitbulls would do anything to please their human owners. Sadly, when the wrong people raise them, they will easily be trained to be aggressive towards others as this is what their beloved human companion wants.

In fact, these irresponsible dog owners are the real reason why all Pitbulls are disliked by many. However, the truth is, while Pitbulls do need a bit more socialization than other dogs, the cause of this is generations of bad training and not their evil nature.

If a Gotti Pitbull is in good hands, it will become a beloved and friendly family member.

What to Expect From Gotti Pitbulls?

Some people get Gotti Pitbulls as puppies and eventually use them in dog fights.

While they are fully capable of engaging, it’s not in their nature to initiate an attack. They might seem big and scary, but these dogs are definitely not born aggressive.

Because Gotti Pitbulls are so motivated to please their owners, this is the reason why they can easily be manipulated if the wrong person trains them.

This unfair prejudice of Pitbulls has been going on for many decades, and it’s time to debunk the myths surrounding them.

They love being around their humans. Whether it’s walking in the park, lounging on the couch, or just playing with them in the garden – these dogs will never get enough of family time.

They are so attached to their humans. And, like what was said earlier, they will quickly follow commands because of their eagerness to please.

They are typically good-natured and will interact well with children, other family members, strangers, and other pets. When you shower your Gotti Pitbull with love and affection, they’ll happily reciprocate.

However, if Gotti Pitbulls are left neglected, they can develop separation anxiety, leading to a change in their behavior. These changes can prompt them to urinate in places they shouldn’t or display destructive tendencies.

Similar to the American Pit Bull Terrier breed, Gotti Pitbulls are incredibly loyal to their owners.

Once they recognize you as a member of the pack, they will always be devoted to you—another reason why people with bad intentions can easily exploit them.

Just like other dogs, Gotti Pitbulls can face several health problems as they grow older. Some of these illnesses are due to several factors like genetics, lifestyle, and the environment.

If you’re thinking about getting a Gotti Pitbull, it’s best to be well aware of these possible health risks.

This is a common health defect that might come up as your Gotti Pitbull matures. This breed is prone to obesity if they are not exercised regularly.

They need to remain active to make sure they don’t pack on unnecessary weight and keep their muscles strong.

Additionally, because Gotti’s are already top-heavy, being overweight can add more pressure to their hips and elbows.

Gotti Pitbulls are prone to congenital heart defects and other irregularities, which is mainly caused by poor diet and lack of exercise.

When diagnosed, some symptoms are just mild and can easily be treated while some require major surgery.

When they start being whiny, destructive towards household items or show signs of aggression, it might be a sign that your Gotti Pitbull has anxiety.

This is common among dogs with poor social and mental state due to lack of attention or proper training. Having anxiety can affect a dog’s emotional and physical health as well as their social skills.

What is a Gotti pitbull bloodline?

What is a full blooded Pitbull called?

A Gotti Pitbull is a specific bloodline of Pitbulls belonging to the American Bullies – a group of Pitbulls with their own breed standards. They are usually larger, with unique features that cannot be found in traditional Pitbulls.