The Seay family of Navarre knew their pup, Atlas, was special from the first time they set eyes on him.

Purchased from a breeder in Missouri, the purebred German Harlequin Great Dane was the only dog in his litter and had feet so big he could barely walk without falling down.

As the black and white spotted pup got older, he just kept growing bigger. Eventually his human mom, Spencer Seay, had to stop taking him to lunch with her or to public places.

“People would say, ‘Oh my God! Your dog is so big! Your dog is the biggest dog I’ve ever seen in my life!‘” she said Friday, sitting in her Navarre living room with her trusted companion by her side. “I could not eat my food, I’d have so many people lining up to take pictures with him.”

Now, at 6 years old and 225 pounds, Atlas is on track to becoming certified as the tallest living dog in the world by the Guinness Book of World Records. Standing at 104 centimeters tall — or 3 feet and 4 inches — from his paws to his withers (the spot in between a dog’s shoulder blades, which is the official measuring point for all Guinness world record-holding dogs), Atlas has about 3 centimeters on the current living world-record holder, who is 101 centimeters tall.

But Atlas’ Guinness record is not final yet, as the review process for such a prestigious designation is long and tedious. The Seays have been communicating with Guinness officials for three years.

They had to take multiple videos of him running on flat surfaces, he had to be measured by certified veterinarians and had those measurements witnessed by people other than themselves or their known vet. The witnesses had to sign sworn statements, the vets had to make copies of their licenses and the records have all gone before Guinness officials in Europe and are awaiting final approval.

“We had to do 20 different things, and it’s been three years,” Seay said. “We’re just waiting on them to basically confirm him at this point.”

He’s so big that when the Seay family was house hunting in Navarre two years ago while looking to move from Atlanta, they had to turn down houses because their hallways weren’t big enough for Atlas to fit through.

He’s so big that his collars, bandanas and bow ties have to be custom made to fit his huge neck.

He’s so big that he can’t fit in the car comfortably anymore, and his veterinarian has to come to him instead of the other way around.

He’s so tall that he could easily knock over a grown child with a flick of his tail — but his gentle spirit and bond with his human baby brother, 16-month-old Oliver, would never allow such a thing to happen.

“I think Atlas knew I was pregnant before I did,” Seay said as her rambunctious toddler ran circles around Atlas on Friday. “Atlas is so good with Oliver. Oliver treats him like a jungle gym, and sometimes he’ll just lay there for hours and Atlas won’t even get up. He just lays there and lets him do that until he falls asleep.”

The top of little Oliver’s head comes about to the bottom of Atlas’ shoulder, and Seay said Oliver is “Atlas’ baby.” The gentle giant usually takes up post on the carpet floor in the living room, carefully eyeing strangers who get too close to his baby and drooling with anxiety over having humans in the house with whom he’s unfamiliar.

Oliver has to get on his tip-toes to reach up and adjust Atlas’ bow tie on his neck, then laughs and hugs his giant leg with his tiny arms. Atlas stands there patiently, his droopy eyes looking around, waiting for a chance to go sit on his loveseat, where he sits upright like a human.

“He’s been a phenomenal family dog,” Seay said. “He’ll hold down the floor the entire day. He’s very quirky, he’s the clumsiest dog. He can’t jump onto furniture. When he runs, he doesn’t separate his legs, he runs like a gazelle.”

Seay, whose dad bred Great Danes while she was growing up, said she always knew she wanted a Great Dane as the first dog she would get with her husband. She did two years of research before purchasing Atlas, and said people need to be acutely aware of what they’re getting into if they decided to purchase or adopt a Great Dane.

“They have a short life span, typically they only last until around 7 years old,” she said, eyeing her 6-year-old aging pup. “They typically have hip issues, joint issues and many of them can get what’s called ‘bloat,’ which is when their stomachs flip a certain way and cuts off their airway and you have 10 minutes to get them to a hospital before it’s too late.”

She added Great Danes are typically very expensive, like many large breeds, and can have a lot of medical issues. Cancer is common in the breed. They love water. And though most Great Danes aren’t anywhere near as big as Atlas, most of them do have gentle personalities and actually make great “small space dogs.”

“Oddly enough, they don’t need a lot of exercise,” she said. “They’re not highly anxious, and they’re loyal. That’s the biggest thing, they are loyal dogs.”

Sweet Atlas is an old man now at 6, and his age shows. He needs help standing up, so his human dad, Jordan Seay, has to awkwardly help lift his hips up when his chest and head make it off the ground.

He’s “inverted,” meaning most of his weight is held on his two front legs, instead of the opposite. When he stands, his back legs shake, and he walks with a slight hunchback, almost like an elderly human person would walk.

And while his family admitted he’s a little clumsy, Atlas walks with a certain grace and grandeur, moving silently from one side of the room to another to find another spot to lay down. If he weren’t taller than the furniture he’s passing, you might not even know he was there.

Record-holder or not, Atlas is a special dog. He brings joy to everyone he meets, whether they’re shorter or taller than him. And, most importantly, he brings joy to his family, who are cherishing every minute they have left with their gentle giant.

“I mean, he’s just our sweet dog,” Spencer Seay said. “I would say, if you’re looking for a loyal companion for the rest of their life, get a Great Dane. Do your research, know what you’re getting. But they’re the best dogs in the world, and Atlas makes our family whole.” 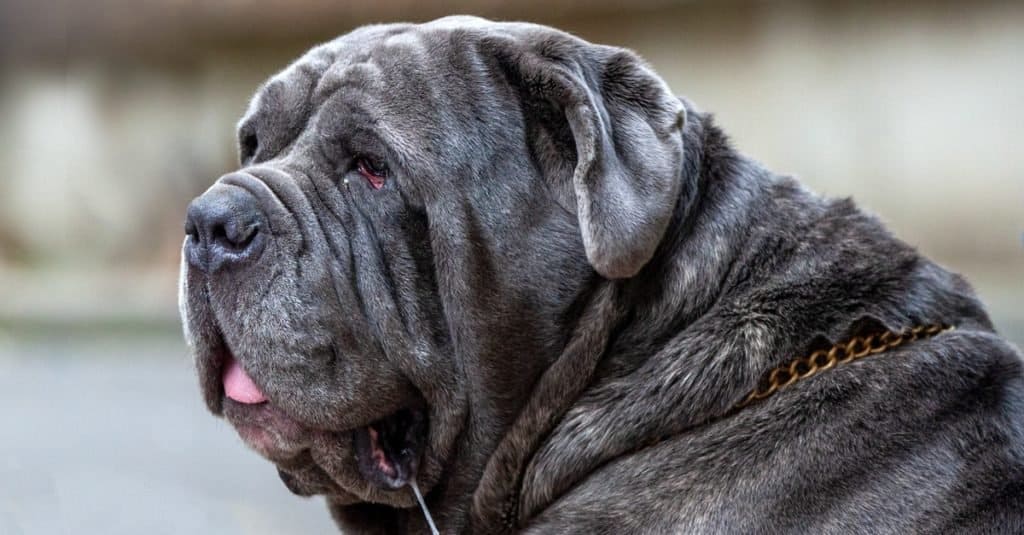 These dogs are very protective in their temperament, which poses an intimidating presence for strangers. Their history can be traced back to an ancient Roman dog that may have fought alongside soldiers and graced amphitheaters like the Colosseum.

Freddy and Fleur cost Claire thousands of dollars every year to keep them happy and healthy, but for her, it’s a pleasure because they’re her babies. And the three of them make such a wonderful family!

But as large as he is, Freddy is actually a gentle giant who loves napping and chewing on the couch, plus snacking on his favorite dog-food. Freddy is also a devoted brother to his sister, Fleur. Claire often posts photos and videos of the brother and sister duo on their dedicated Instagram page.

Claire Stoneman, Freddy’s owner, always knew that Freddy was going to be taller than other Great Danes, but she had no idea that he would end up growing to be the tallest dog in the world! And like all pet moms, she’s incredibly proud of Freddy and loves him so much, happily accommodating his large stature.

Meet Freddy the Great Dane! This big boy has officially taken the title of the world’s tallest dog, and as a result, has recently received a Guinness World Records certificate to seal the deal.

Since he’s an astonishing 7 feet and 6 inches, Claire knows that Freddy could easily – but without meaning to – frighten the other dogs in her neighborhood. And that is why she makes the sacrifice to take Freddy for his walks very, very early in the morning when no one else is up. 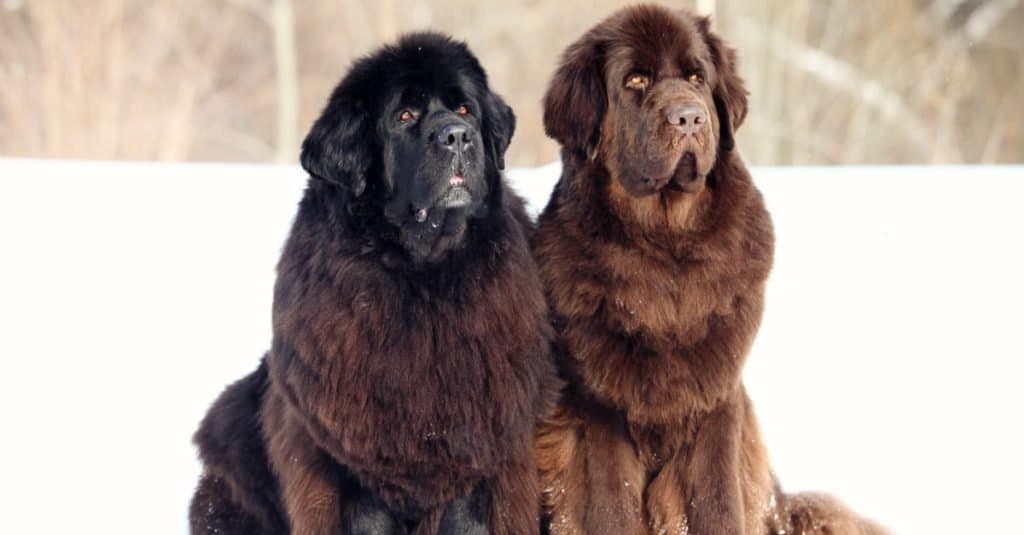 What is the heaviest dog in the world?

Large and majestic, the Irish Wolfhound is the tallest breed of dog recognized by the AKC and was originally bred as a big-game hunter.

What is the biggest dog breed in the world 2022?

The English Mastiff is officially the largest dog in the world.