Why does a Kangal have more chances of winning against a Pitbull?

Factors that increase the probability of a Kangal winning a fight against a Pitbull include the following:

Note: Boz Kangals are significantly faster and thicker as well as more aggressive against threats than any other Kangal species. 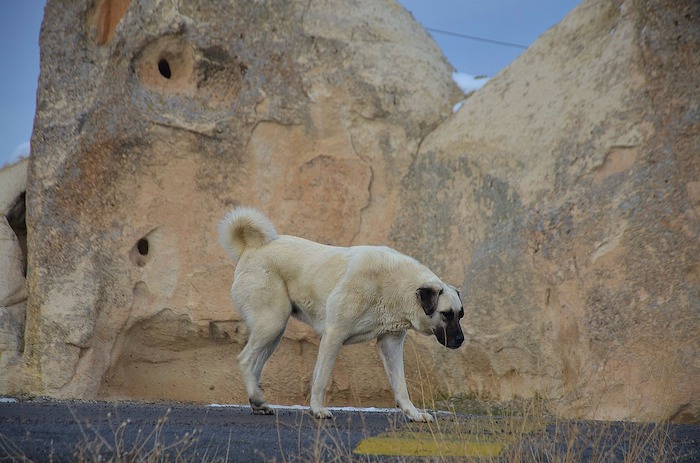 Dogfighting is a cruel bloodsport, so it should never be allowed or supported so we can save our canine companions. The injuries caused and experienced by dogs competing in dogfights are severe and, in many cases, fatal to the animals. All of the canines that have been used in most of these battles have been bred and trained specifically for fighting, and their upbringing has been based on torture and mistreatment since they were puppies.

Dogfighting injuries are commonly associated with severe bleeding, deep puncture wounds, and fractured bones. Dogs involved in these competitions frequently die due to loss of blood, trauma, dehydration, weariness, or infection. Canines who are otherwise healthy and are born “cold”—or who do not fight—are frequently used to train other dogs, servings as bait dogs.

The results of law enforcement investigations into this illicit blood sport have revealed many alarming aspects of the practice throughout the years. Young children are frequently present at these activities, which fosters insensitivity to animal pain, excitement for violence, and disregard for the law in the participants’ minds.

On the day of a dogfight, illegal gambling is rampant with stakes worth tens of thousands of dollars on the line. Dogfighting has become popular in both organized crime and street environments due to its high profitability.

Those of you outside of the United States who get those beautiful pit bulls are not getting game-bred bulldogs. The renowned pit bull champs are heavy in terrier genetics and will do battle with 300 pounds wild boar and win. They arenât bred for looks. Just the fact of the matter.

Answer by Jack Robert First of all, its a joke right?! I love American Pitbulls but we are talking about real-life situations, right?

Answer by dimitri Kangal wins hands down, it has longer teeth, stronger bite force, and its bred to kill not fight and has larger muscles than a pit bull, but sometimes, it gets soo bored of betting down that pitbull, people will say “The Kangal is a coward, pit bull ponds that dog”, well people can say that but the dog just got really bored and sick of beating up that pitbull, so it leaves, but on the other hand, pit bulls are tireless animals, and very alerting.

A coyote vs. a Pitbull in a fight: who would win?

For a typical Pitbull to be taken down, it would require more than one coyote to accomplish the task. On the other hand, coyotes have been bred to attack, kill, and consume dogs in packs. Coyotes prefer to flee rather than fight, so in one-on-one combat, the Pitbull would easily win!

What dogs can defeat a pitbull?

Based on sheer size and musculature ability alone, the lion would win in this category against the Kangal dog.

Is the Kangal the strongest dog in the world?

What dog is bigger than a Kangal?