Since their skin produces protective oils, Xolos can get acne, especially in their first year of life. Skincare advice varies, but a good rule of thumb is to keep the Xolo clean by wiping them down with a damp cloth to remove dead skin cells and bathing — though bathing too frequently will strip the natural oils and could end up clogging the pores more. Using a light moisturizer after bathing helps, and since they’re hairless, Xolos should wear sunscreen during prolonged periods in the sun.

The Standard Xolo can measure up to two feet tall at the shoulder, while the miniature is typically between a foot and a foot-and-a-half, and the toy is around a foot or less. With such variation, the Xolo is a versatile breed. 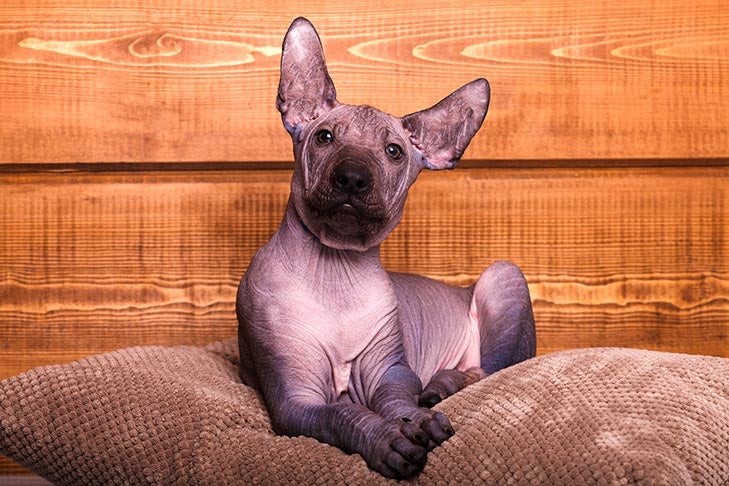 Though typically hairless, the Xolo also comes in a coated variety.

While famously free of hair, there are actually two varieties of Xolo: hairless and coated. The hairless variety has a tough hide that protects the dog well from scrapes and scratches and may have a few coarse hairs on the head, tail, and feet. Conversely, the coated Xolo has a very short, sleek coat all over the body.

How much does a Xoloitzcuintli cost?

What are Xoloitzcuintli used for?