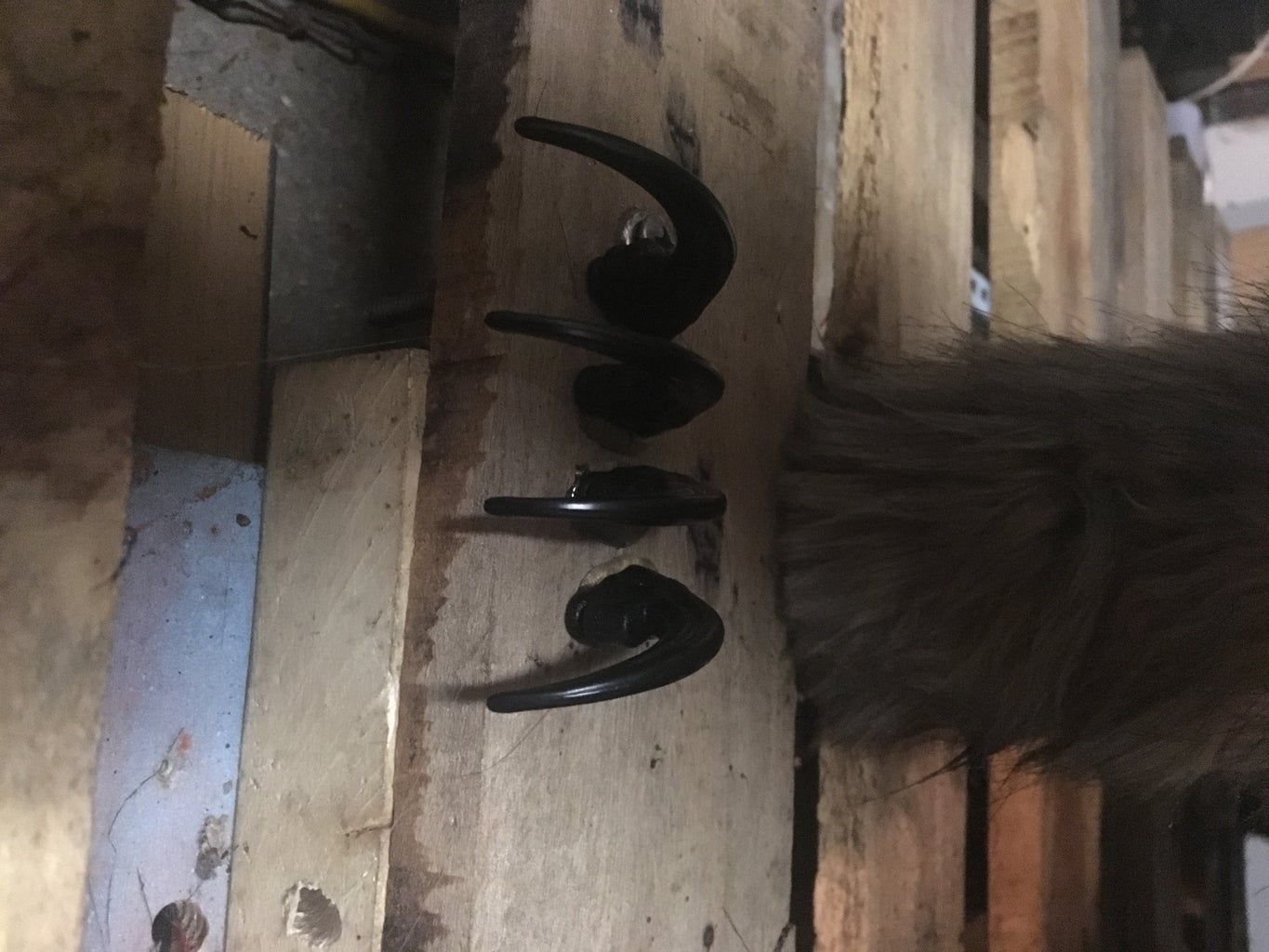 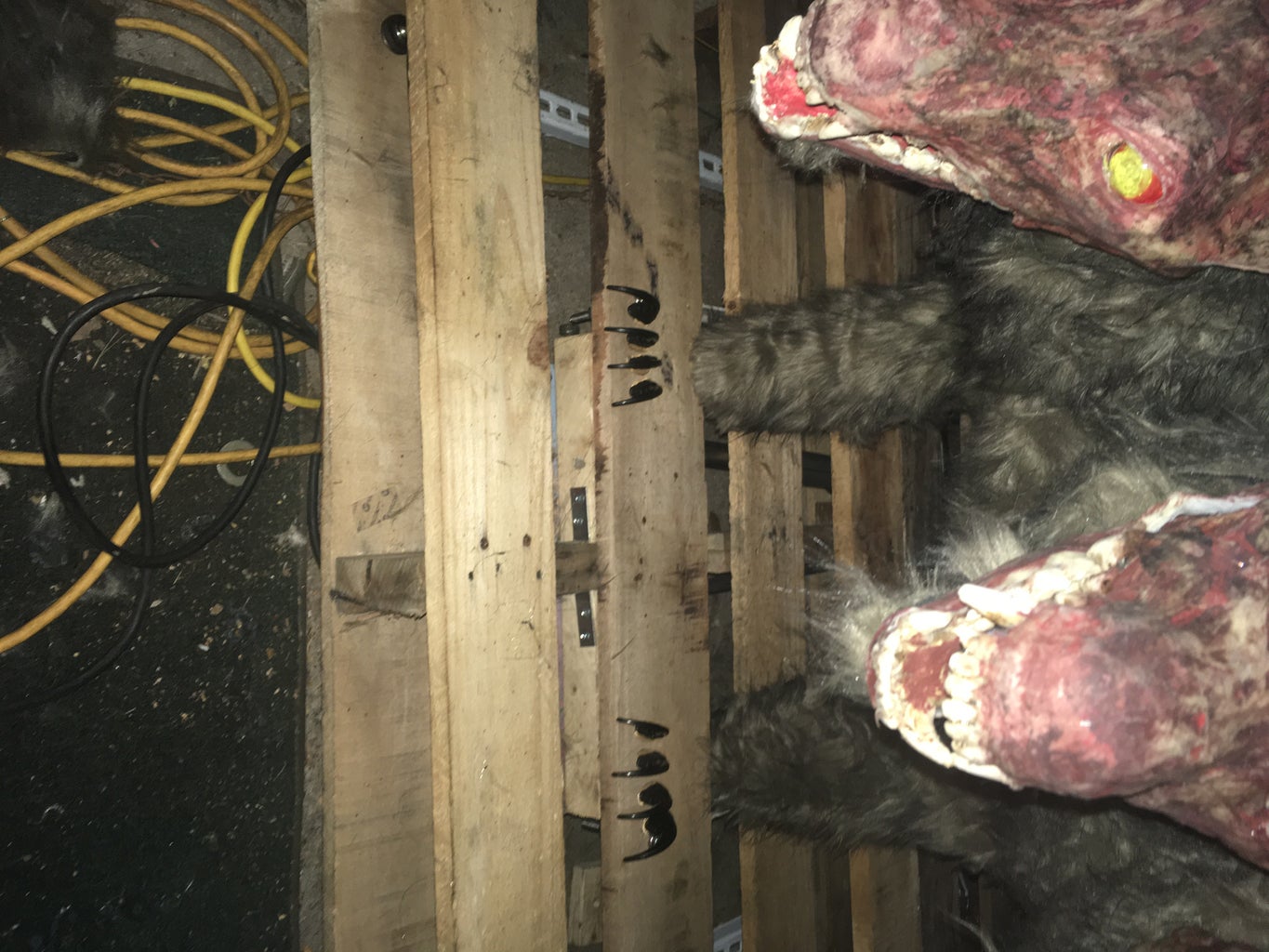 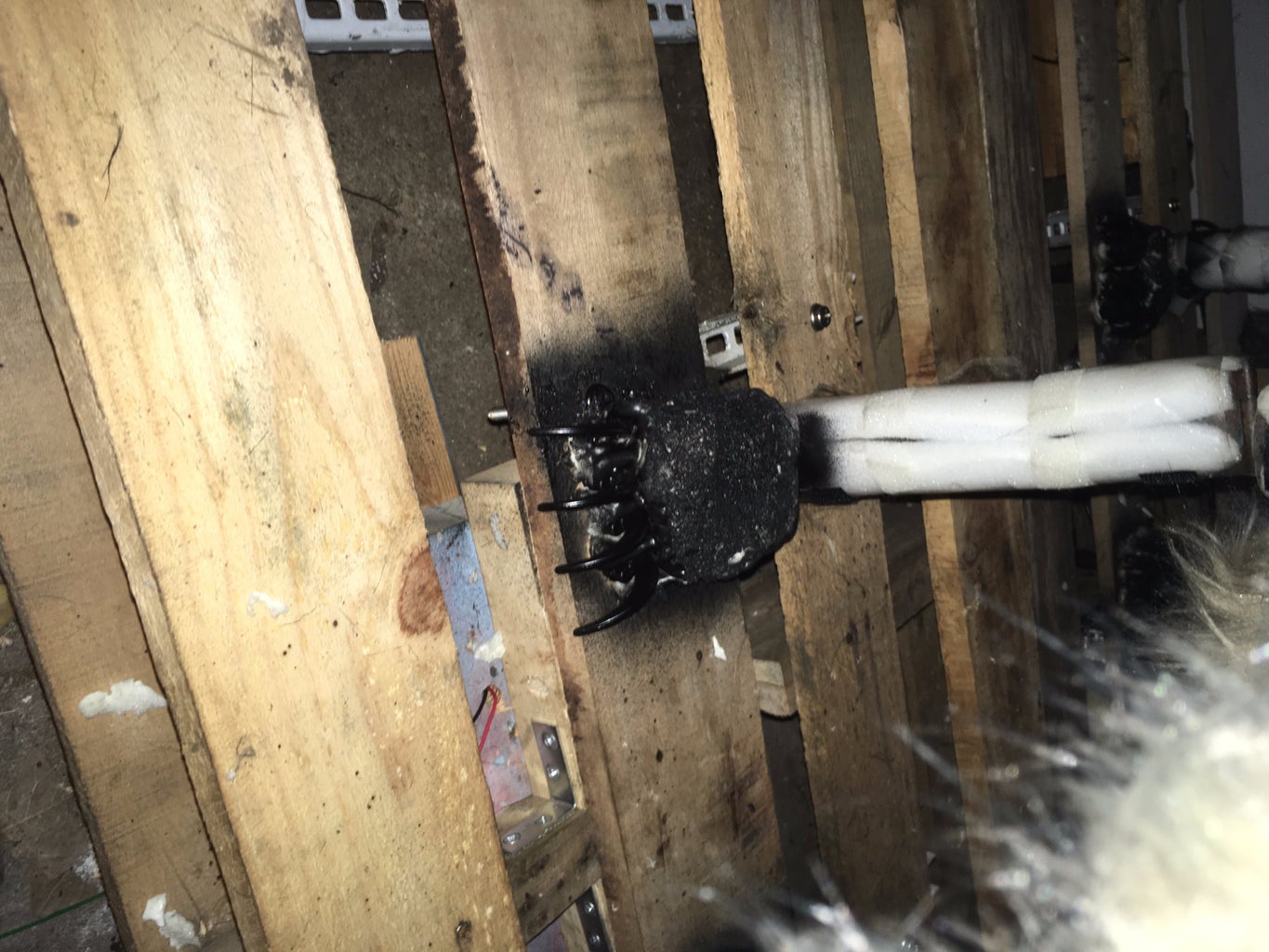 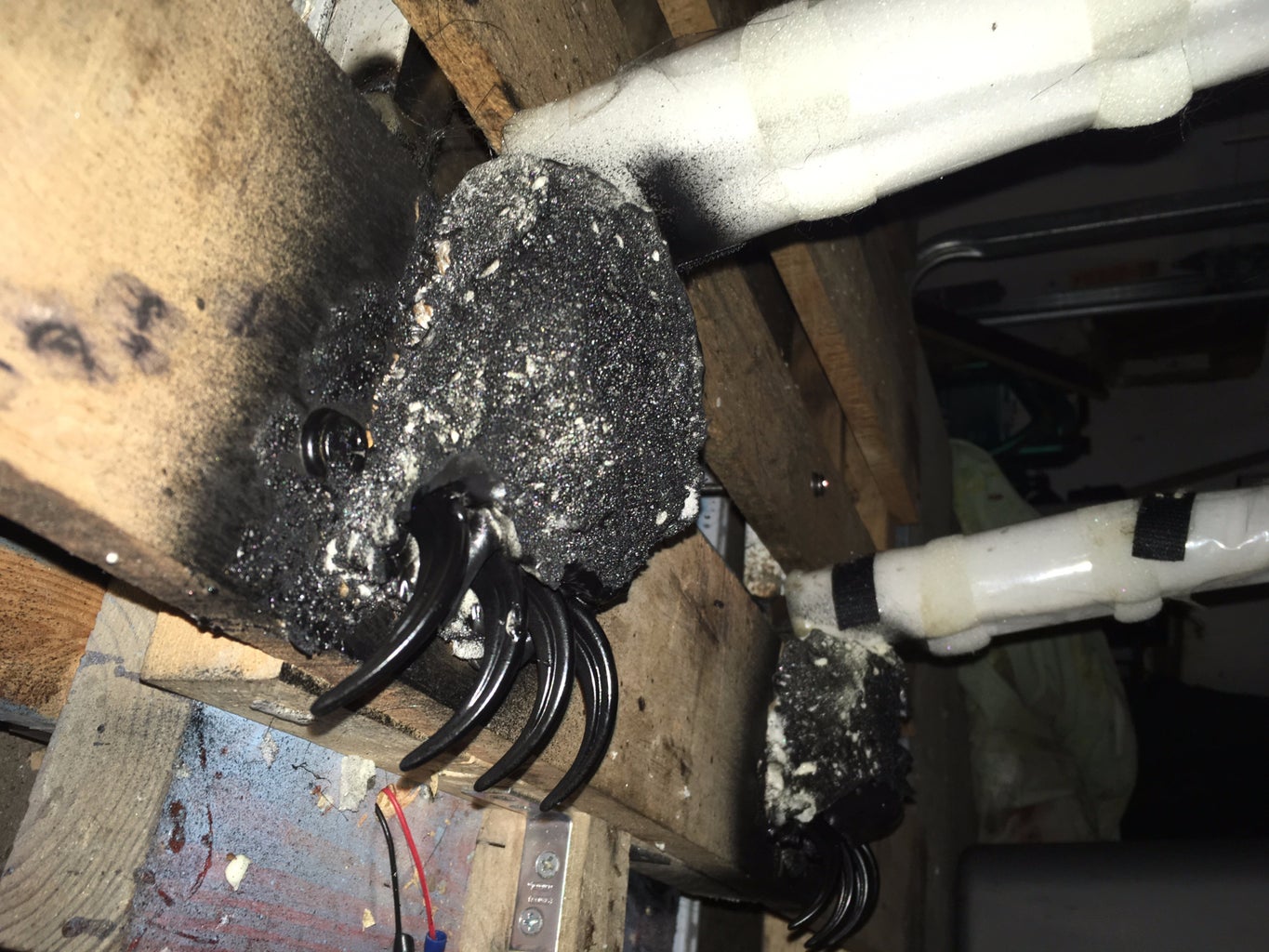 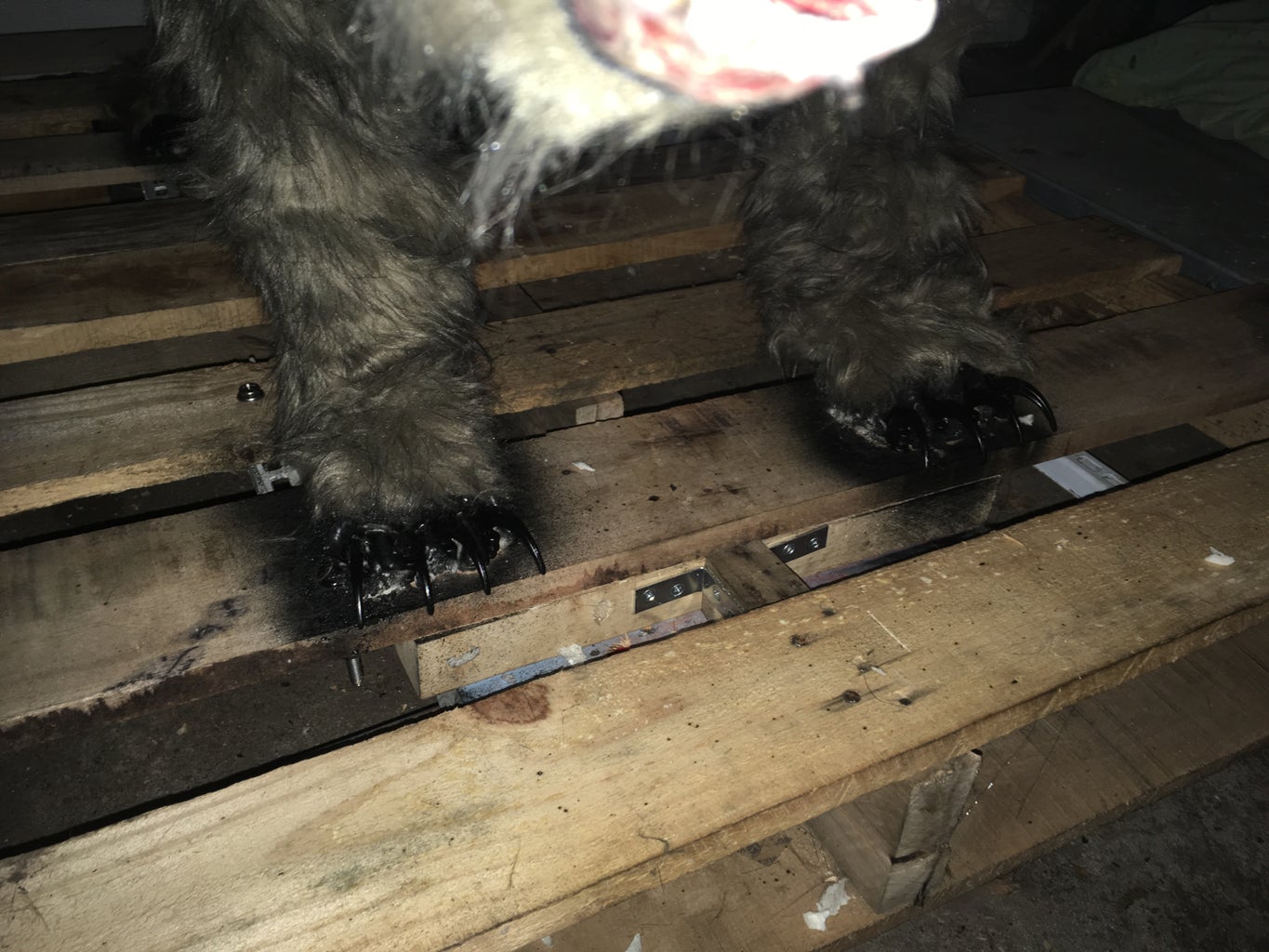 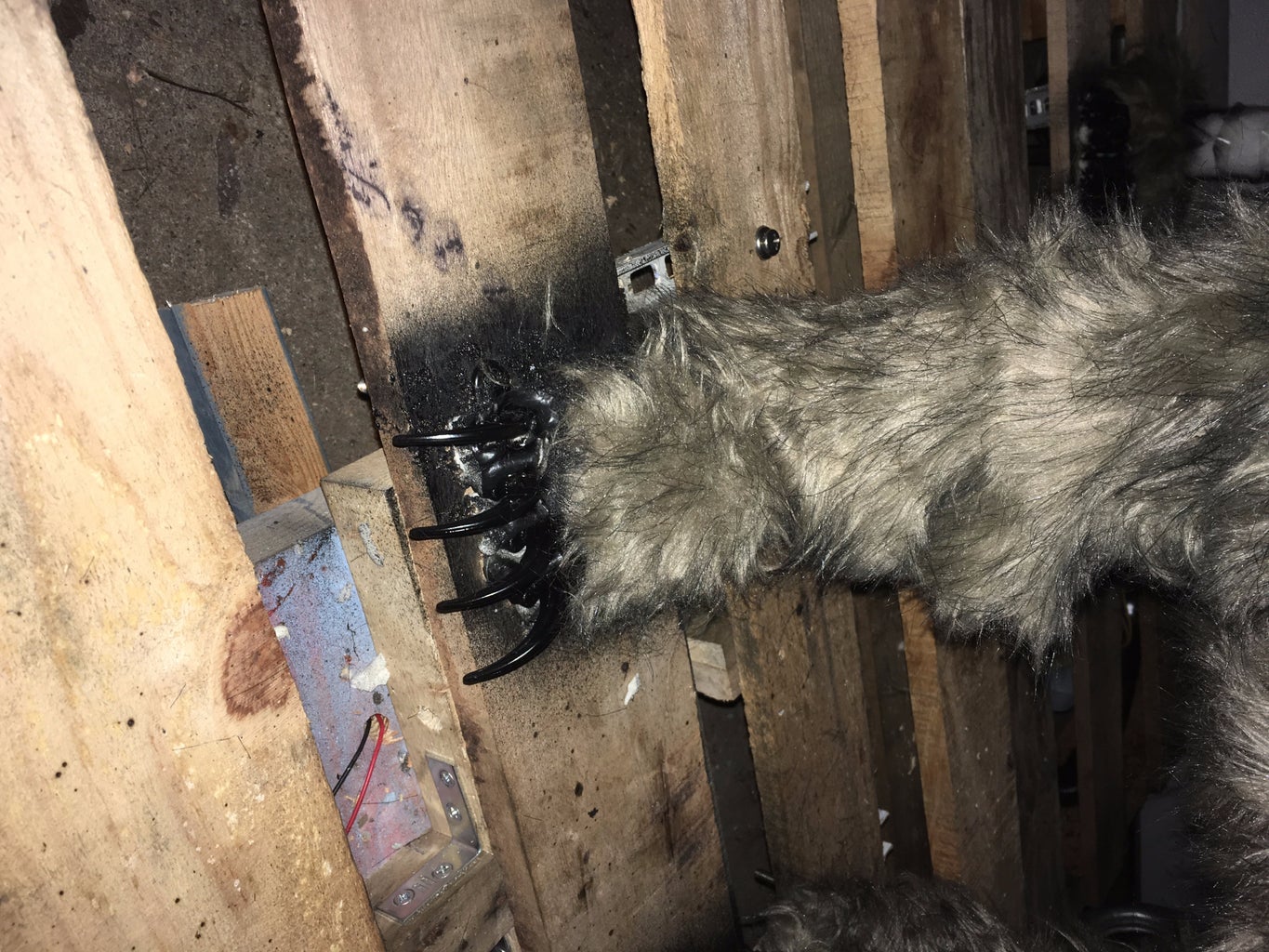 Its time to add some paws. This was done using some little claw talons that I picked up at Hobby Lobby and I just hot glued them onto the pallet plank just in front of each leg. Then I pulled the fur back and used Great Stuff spray foam to make a basic shape of the paw. Once that dried I carved the foam a little just to clean up the shape some and spray painted it black.

With that all dried up I put the leg fur back on and used the spray adhesive to glue on yet another patch of fur to the tops of each paw. 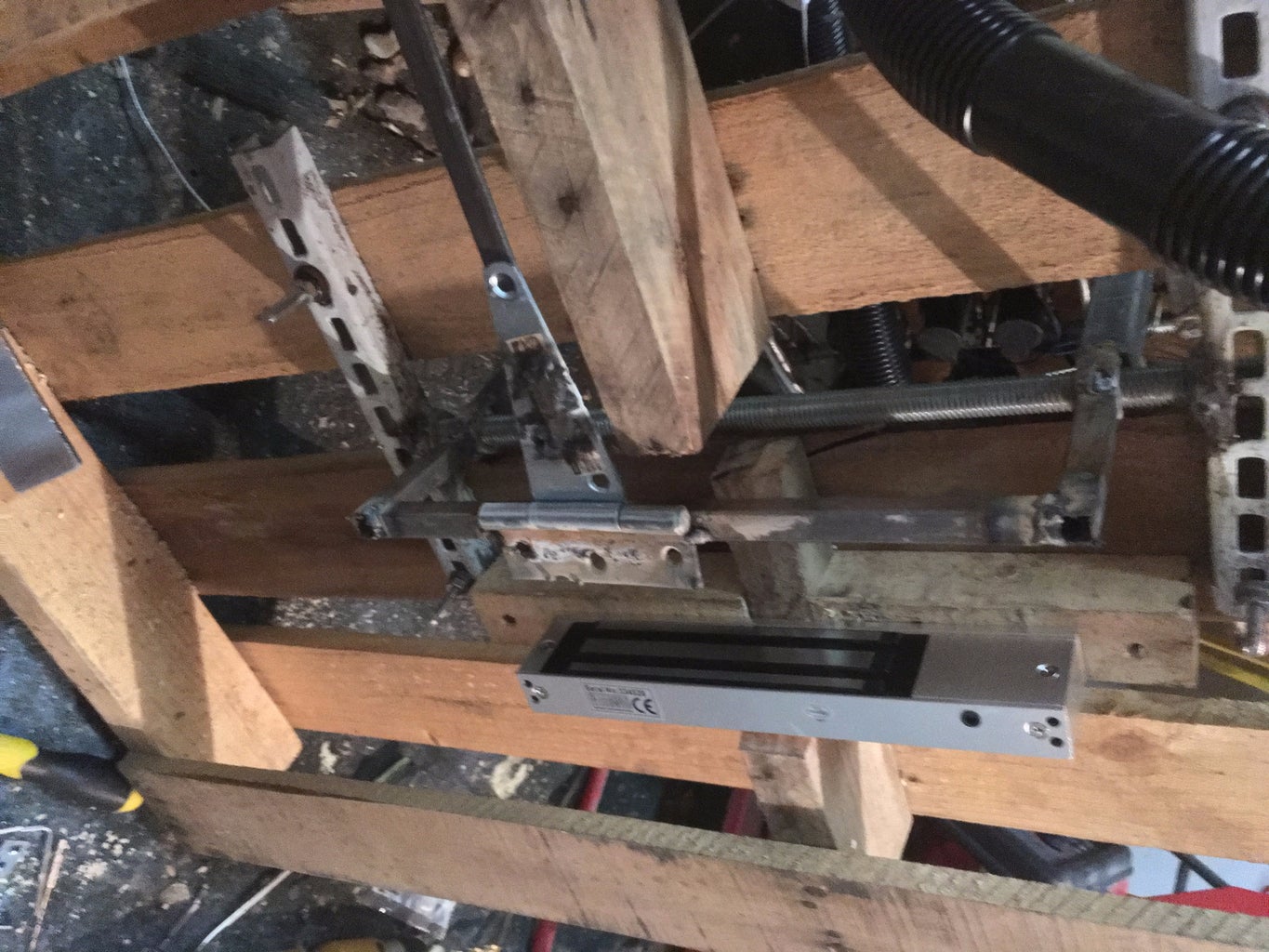 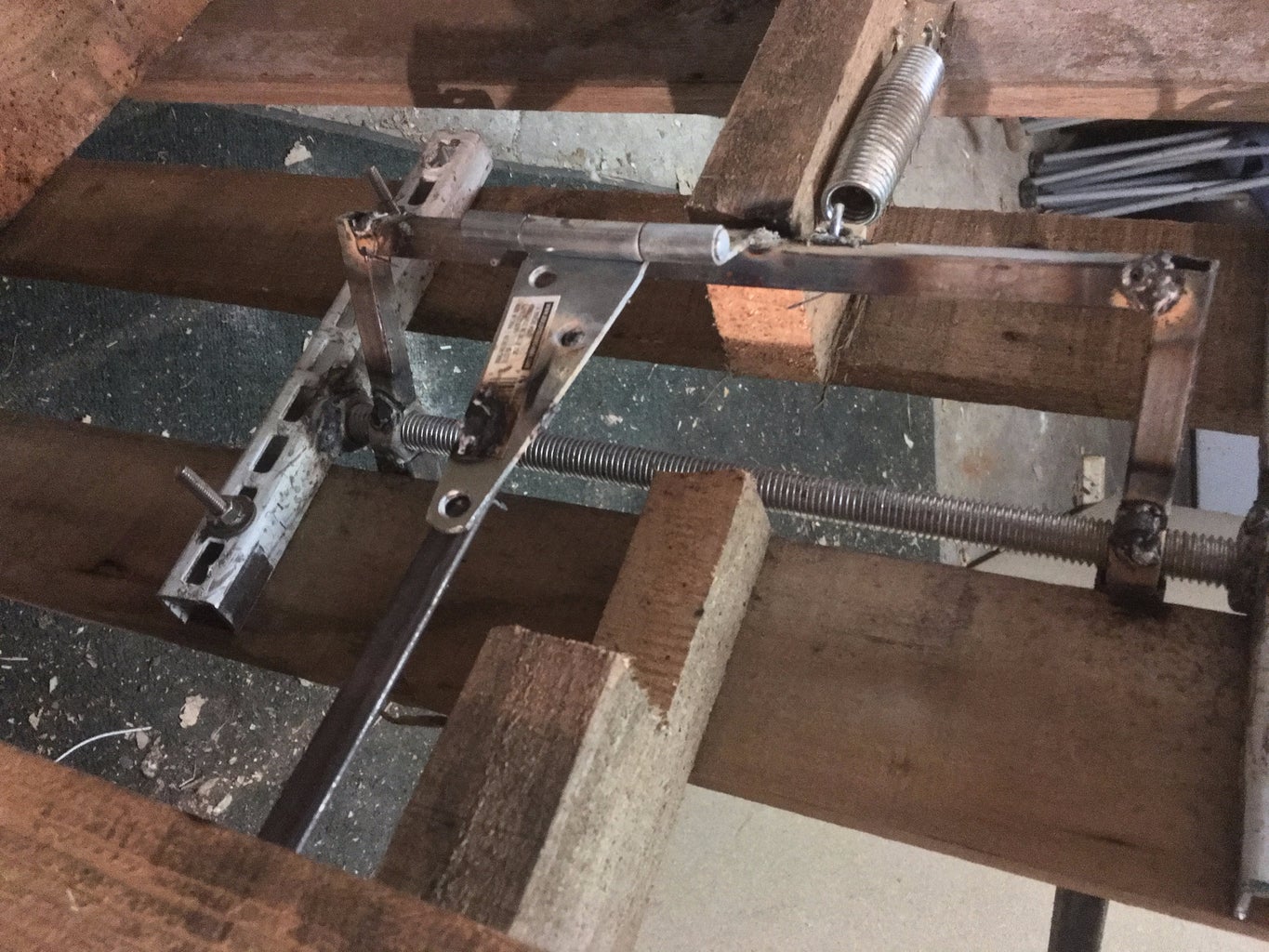 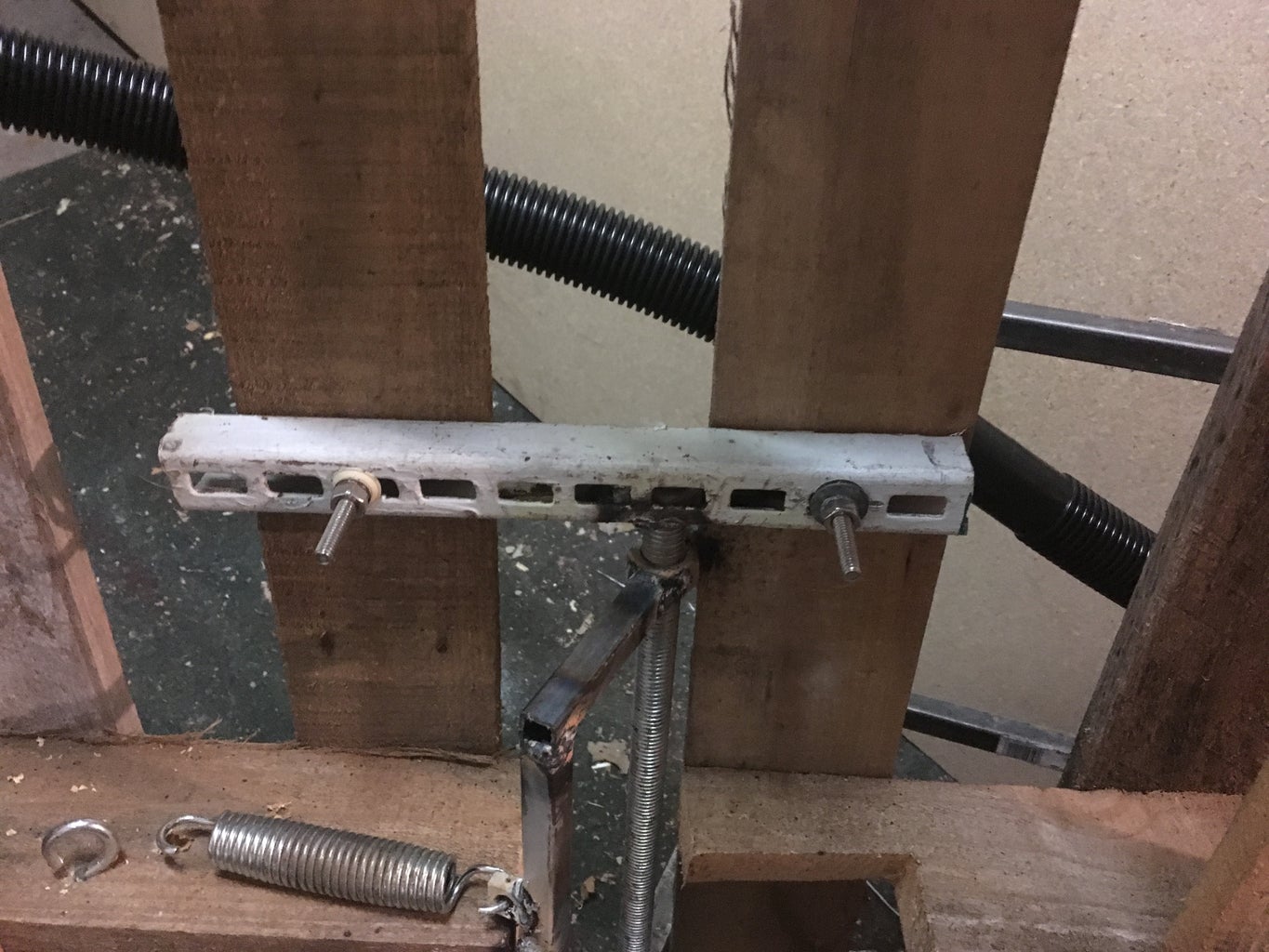 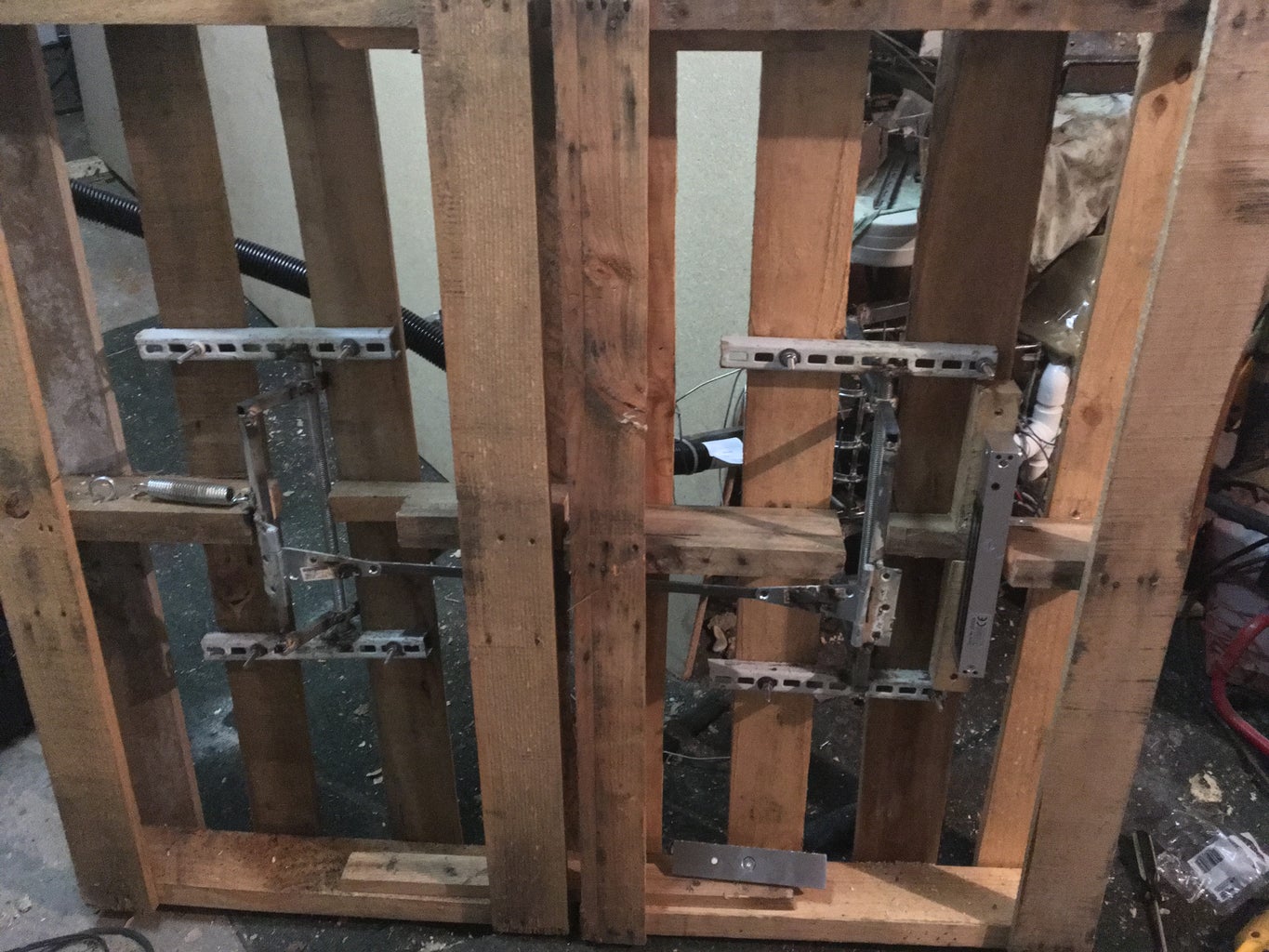 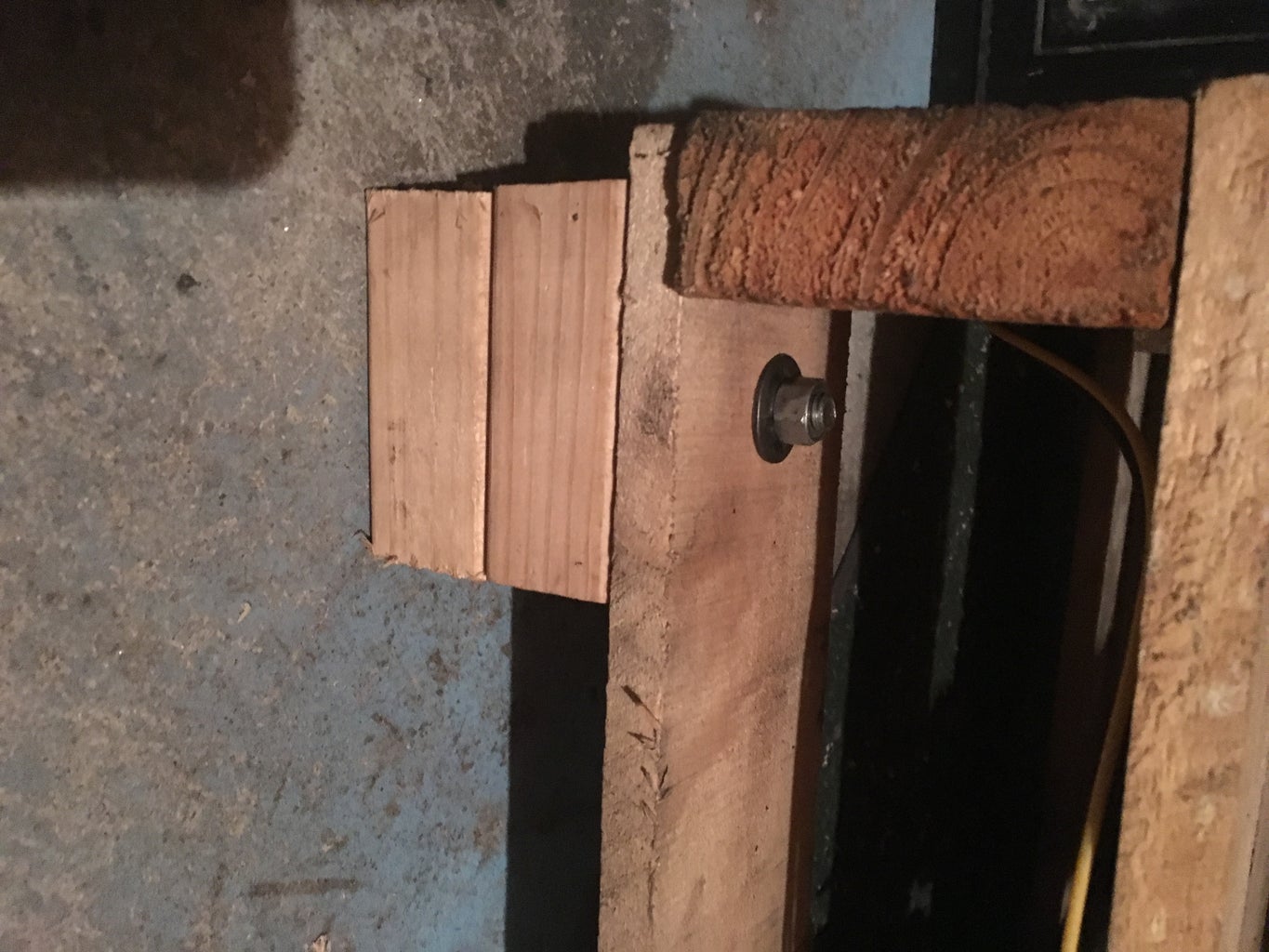 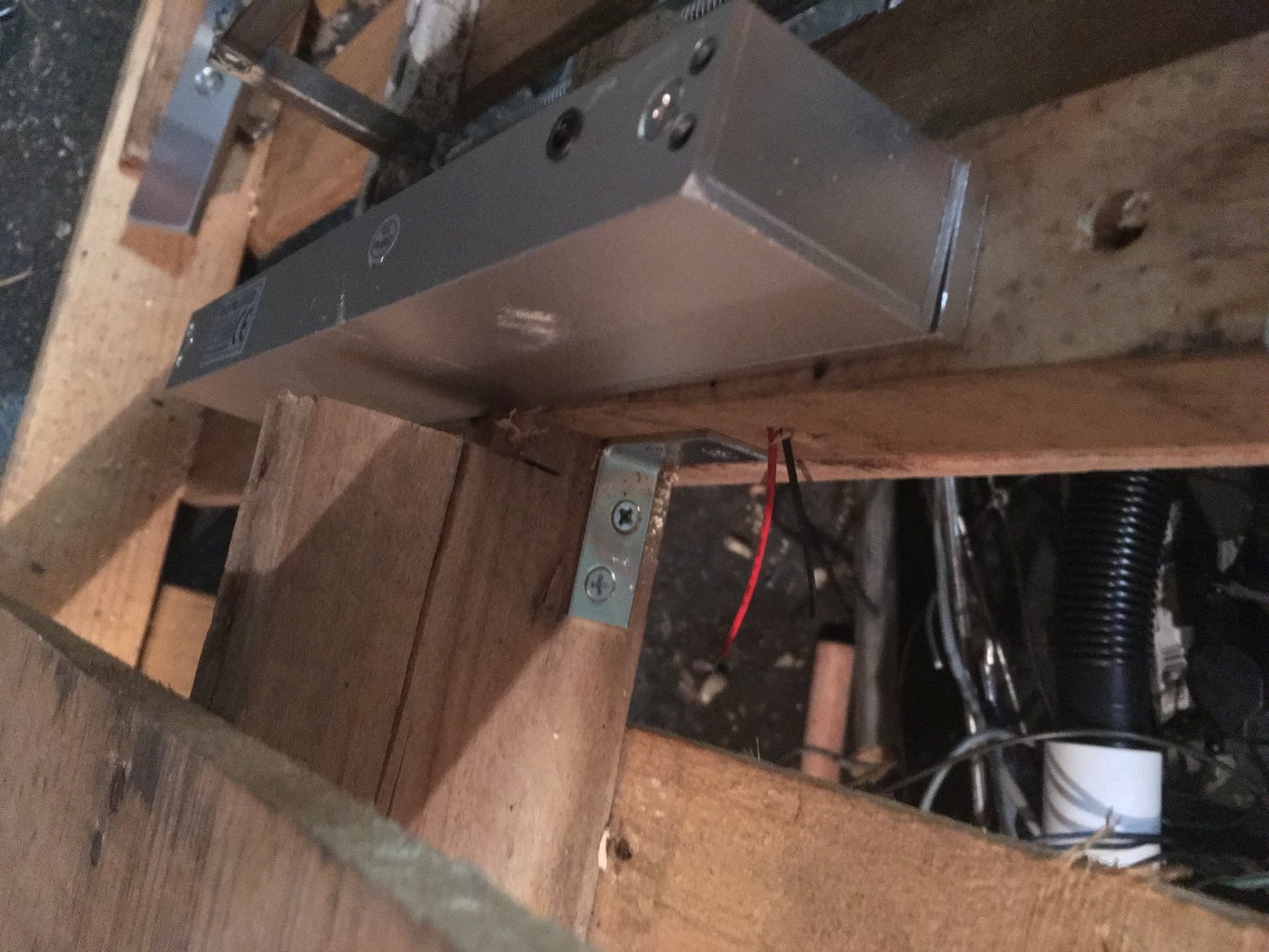 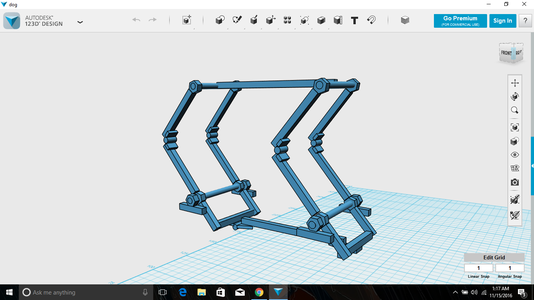 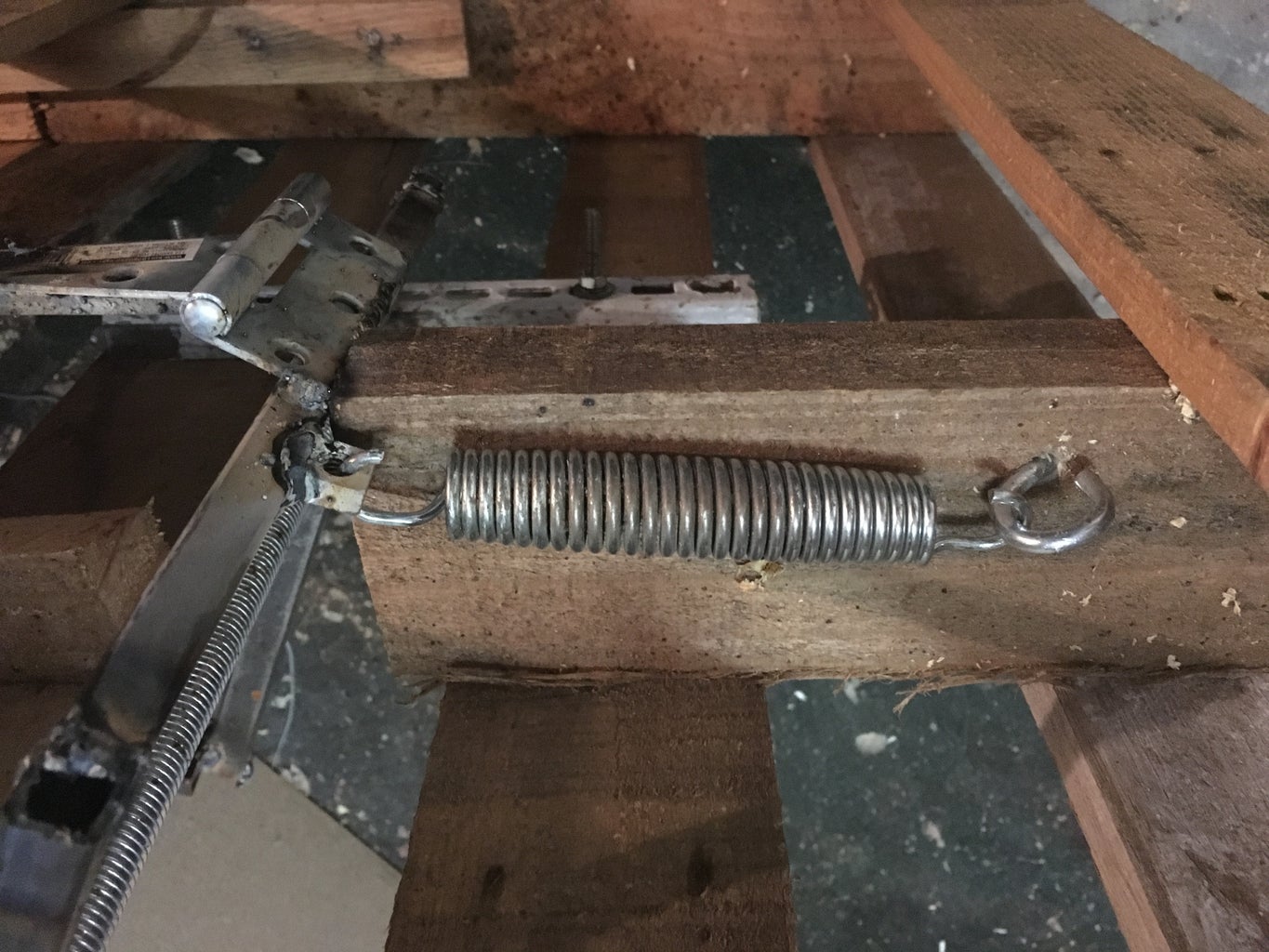 Here I was ready to start bringing this thing together. I managed to score a pallet from a friend and used it as the base for the dog. The idea was to make it look like the Cerberus was guarding the entrance to a suspension bridge to hades. So 2x4s and a little rope was used to make hand railing once the frame had been bolted on.

Im lucky enough to have a lot of people to give me random scrap metal which is why I chose to make most of it from metal. I bolted the body frame to the pallet using some channel iron I had laying around. Now I put hinges in the knees of the legs because I wanted to make the dog crouch and jump up when activated so I had to do a little more framing to make this happen. The pictures show what I added to the frame bottom under the pallet but it probably looks like a rats nest to everyone but me so I added the new additions to the previous sketch minus the pallet to help illustrate whats happening here.

With the dogs frame securely mounted to the pallet it was time to add a couple features to help create the crouching effect. The plan I came up with was to use trampoline springs to pull the dog up to full standing position quickly, and a 12″ 12v linear actuator to push the dog back down to crouched position. But to hold the dog in crouched position long enough for the actuator to back up out of the way for the jump up I used a 12v electromagnetic door lock. I ended up using two springs because one didnt jump him up as fast as I liked. I mounted them from the lower framing to the pallet as shown above. The door lock I mounted up front. It did take quite a bit of adjustment to get the magnet (which was mounted to the pallet) to meet up evenly with the strike plate (which was mounted to the front lower framing) but eventually I got everything just right.

In the end I did need to raise the pallet a little to accommodate the door lock so I just bolted on a couple 2×4 squares at each corner.

Step 1: Starting With the Framework. 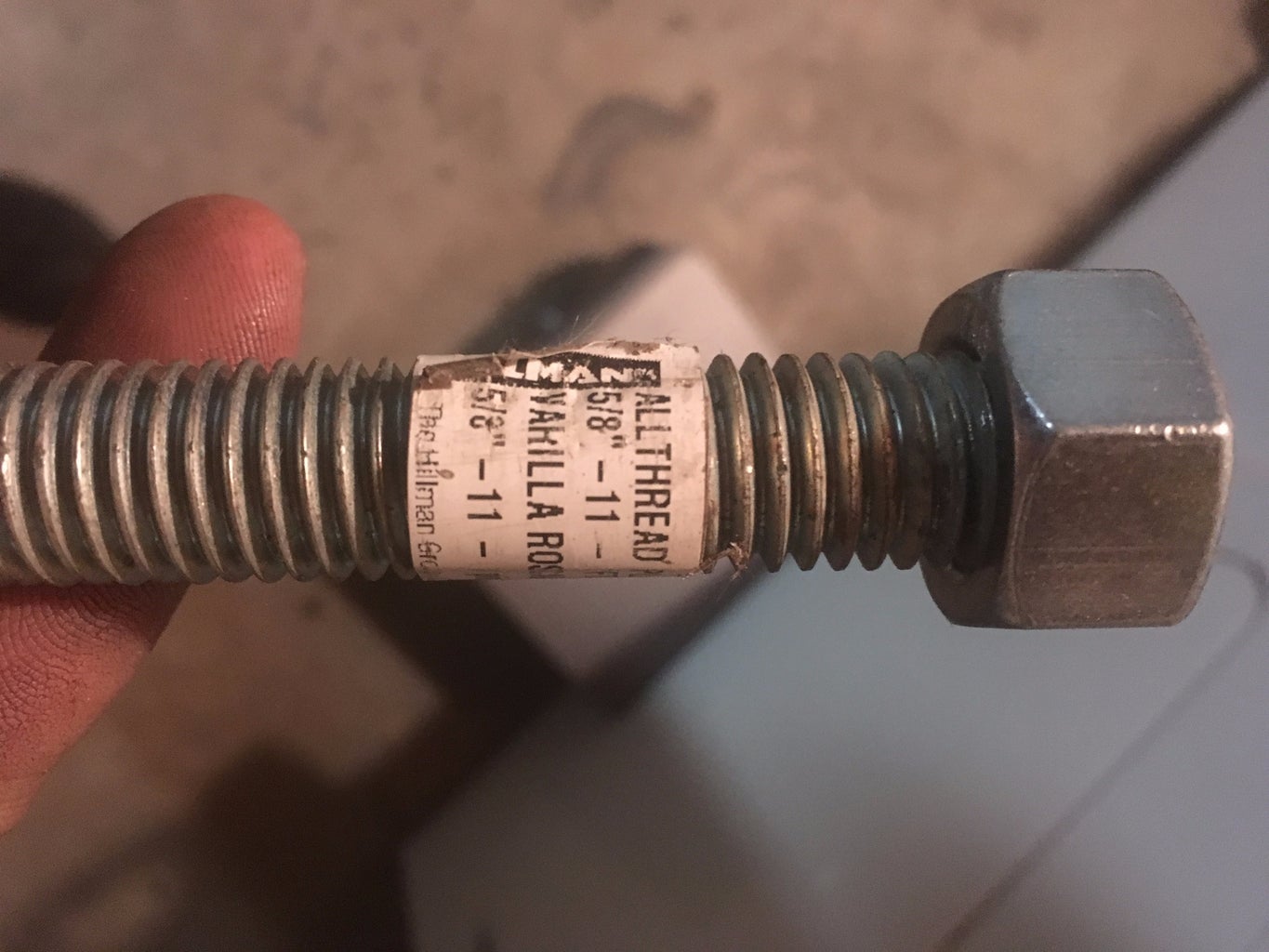 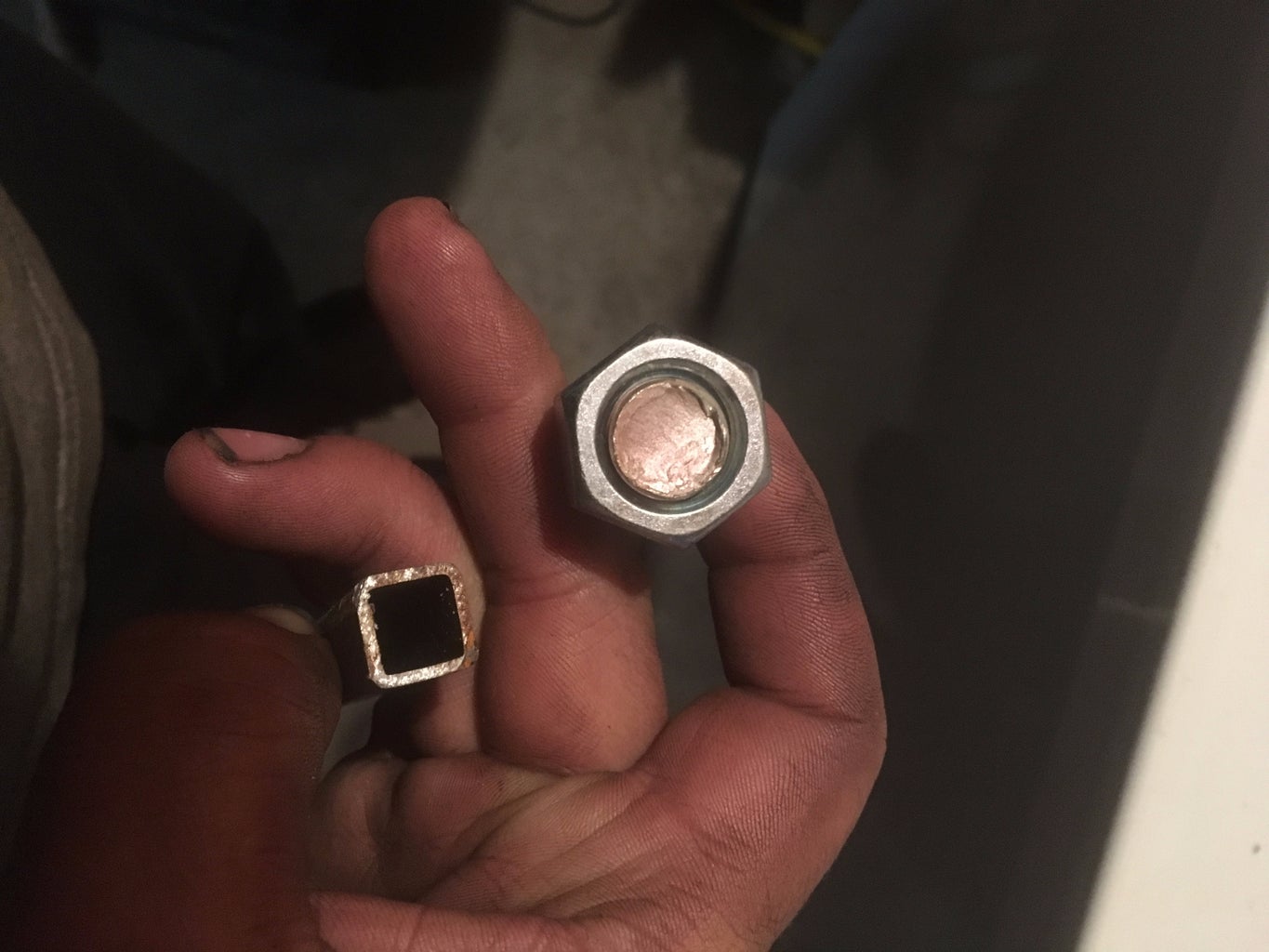 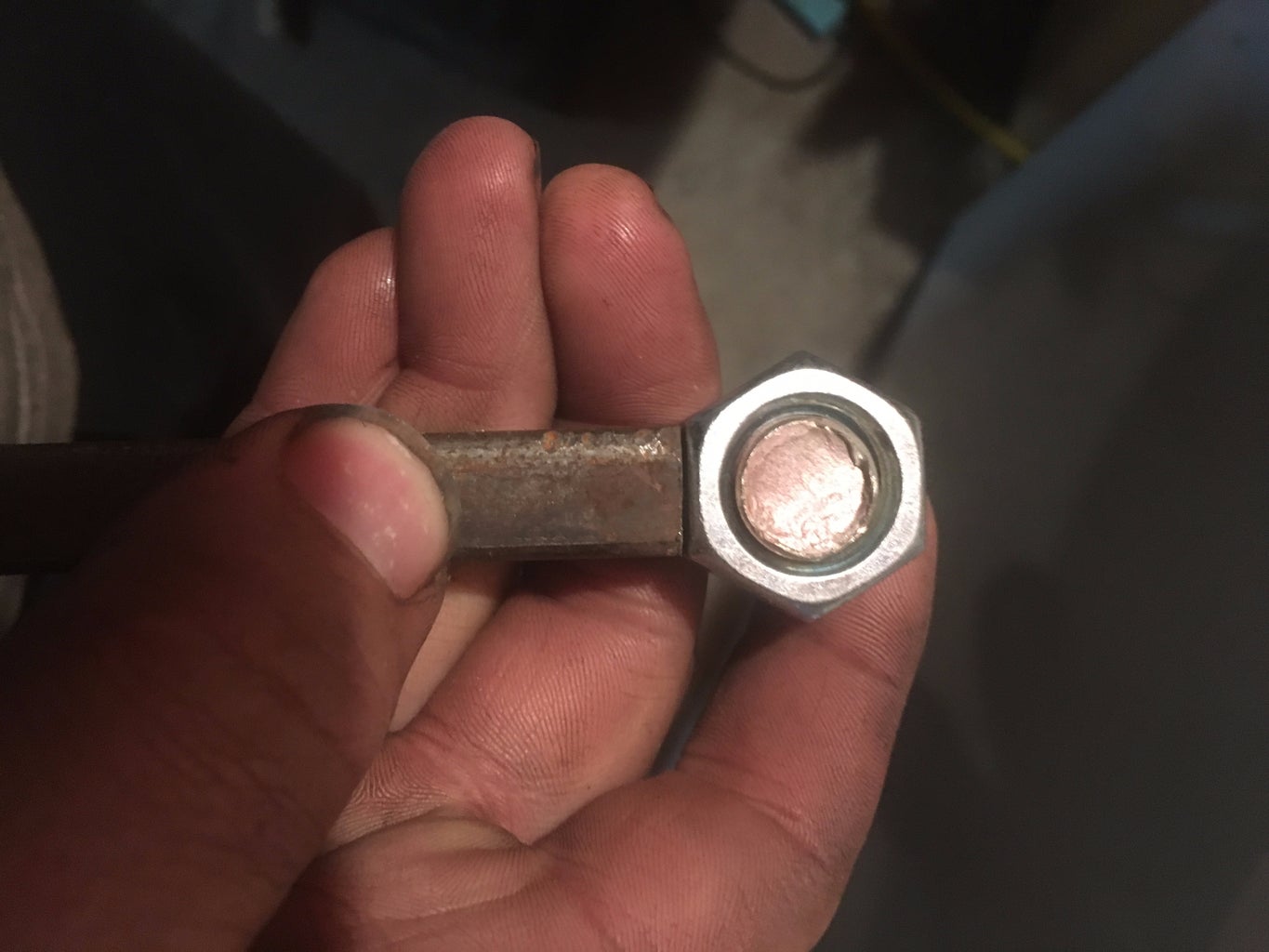 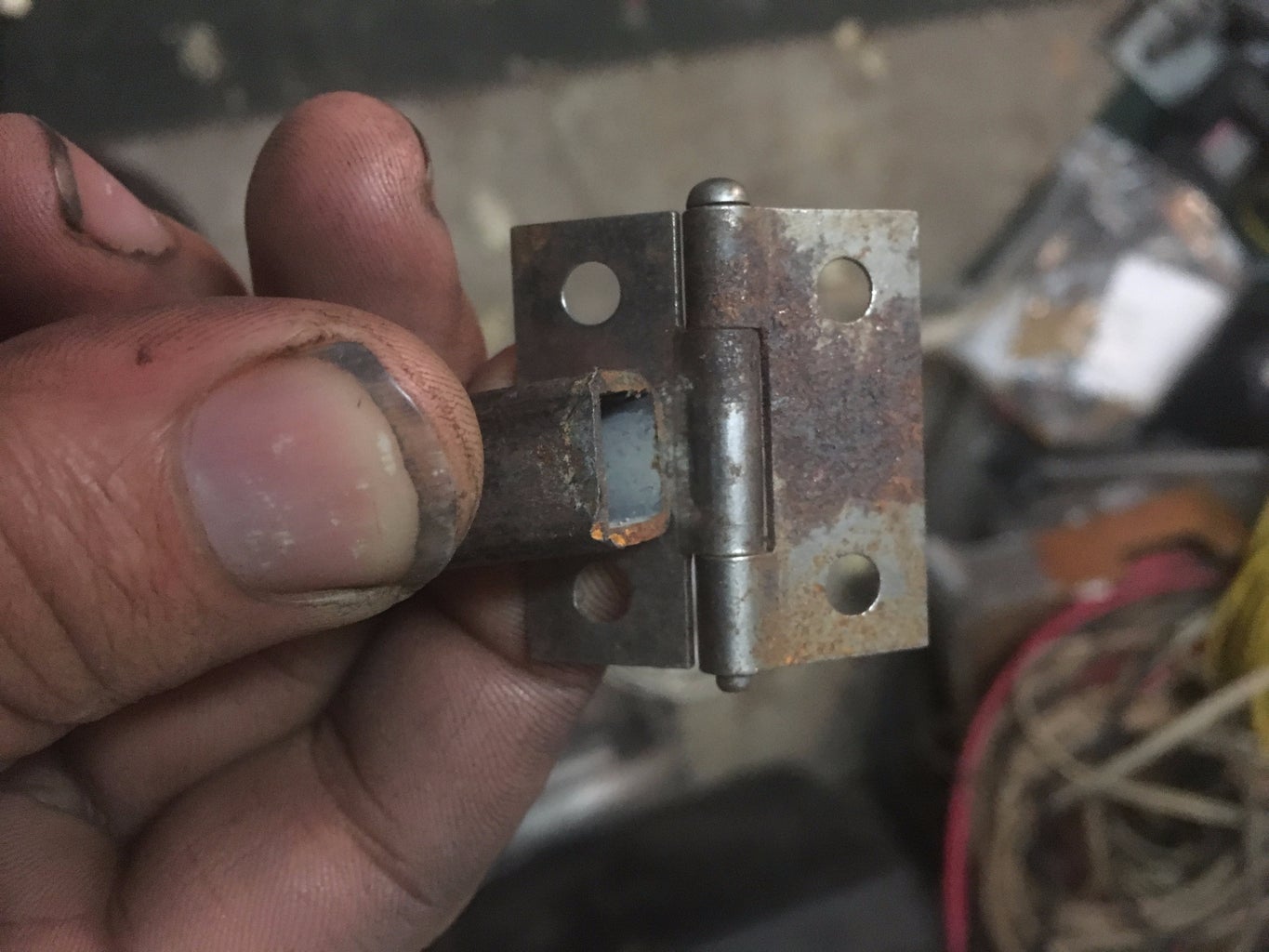 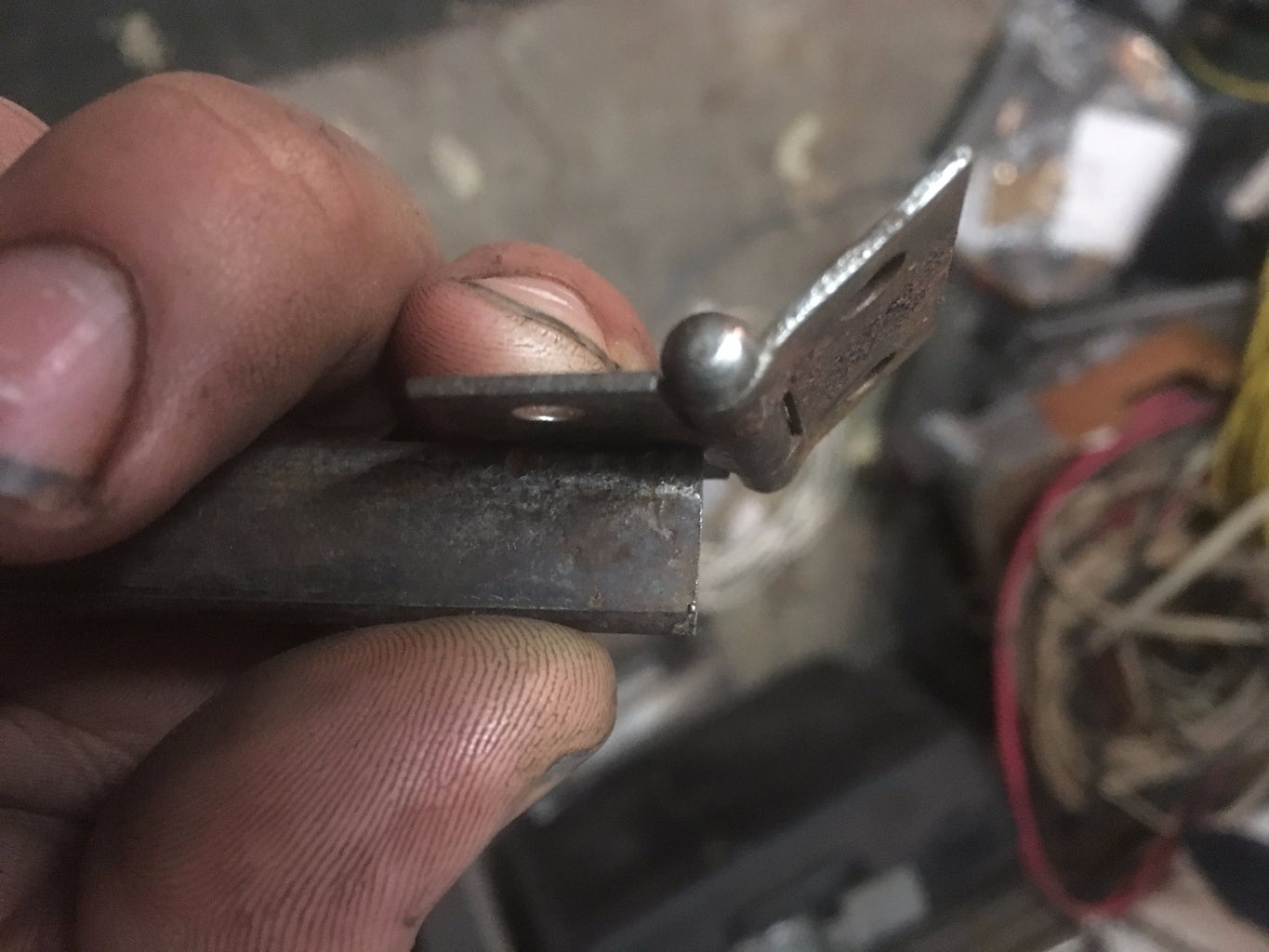 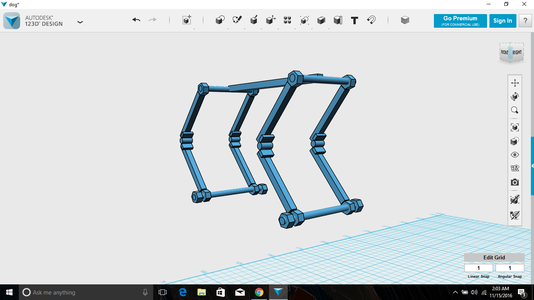 For the start off I wanted to build the frame including the legs and spine to do so I got the following supplies:

Now I began with 2 of the square tubing pieces and cut them into quarters to make 8 1 pieces. On one end of each of them I welded one of the 5/8s nuts. On the opposite end I welded on the hinges connecting them in pairs. Now we have four pieces with hinged “elbows” in the middle. These are our legs. Now we connect the legs into pairs by threading on the 12″ all thread to one end of each leg just far enough have it fully threaded through the nuts. With that done we now have front and rear legs. As for the spine well take the last tubing and cut it down to a 3 section and welded it dead center between the two 12″ all threads. Last part of this initial step we are gonna thread on the 18″ all thread between the “feet” of the legs. Youll want to center it as much as possible then thread on the last four nuts on the outside and close to the legs. I will take a moment here to admit I lost my pictures of it at this stage some how so I drew up a quick diagram of how it all went together and what you should have at this point.

Does a three-headed dog exist?

The name Cerberus comes from the Greek “Kerberos” meaning “spotted.” To the Greeks, Cerberus was a monstrous three-headed dog, or “hell hound” with a serpent’s tail, a mane of snakes, and a lion’s claws.

What is the name of the 3 headed dog?

Cerberus, in Greek mythology, the monstrous watchdog of the underworld. He was usually said to have three heads, though the poet Hesiod (flourished 7th century bce) said he had 50.

Is a Cerberus a real animal?

Cerberus – also known as the “hound of Hades” – was the multi-headed dog who guarded the gates of the Underworld, preventing the dead from leaving, and making sure that those who entered never left.