While all dogs have the potential to nip and bite, some breeds have stronger bites than others due to their powerful jaws, large teeth and fearless character.

When researching dog breeds, its important to remember the factors that contribute to biting incidents, such as anti-social behaviour by irresponsible owners who train their dogs to be aggressive. Many dogs have been bred specifically for their intelligence and strength, while others may simply be the result of poor ownership.

To help us understand more about the dogs who bite, Norfolk-based animal behaviourist and trainer, Sarah-Jane White, has measured the strength of dogs by looking at the pounds per square inch (PSI) for each breed.

“The German Shepherd is a breed that is well-known for its strength and intelligence,” says Sarah-Jane White. “With a bite force of 238-291 PSI, this breed is often used for law enforcement, military and protection. German Shepherds are also popular as family pets due to their loyalty and obedience. They are the eighth most popular dog in the UK.”

“The Bulldog is a strong breed of dog that has a very powerful bite,” explains Sarah-Jane. “With a bite force of 305 PSI, this dog is not to be trifled with! Often used as a guard dog or for protection, the American Bulldog is a breed that you want on your side. They are energetic and require a lot of exercise, but make great family pets.”

“The Rottweiler is a powerful breed of dog that is known for its strength and intelligence. With a bite force of 328 PSI, this breed can definitely hold its own against other animals. Often used as a guard dog, the Rottweiler is a breed that you dont want to mess with! They make really lovable companions with the right training.”

“The American Pit Bull Terrier is a breed that is known for its strength and determination. With a bite force of 240-330 PSI, this breed can definitely bring down larger prey,” Sarah-Jane explains.

“Pitbull terriers are legal in the United States. But in Canada, pit bulls are banned in many towns and cities. Puerto Rico had a two-decade ban in place until 2018, when it was once again made legal to own, sell and import the breed. They are banned in the UK.”

“The Mastiff is another large breed of dog that is known for its strength and power. With a bite force of 556 PSI, this breed can easily overpower other animals. This is more than three times the bite force of an average dog.”

Sarah-Jane continue: “The Cane Corso is a breed that is known for its power and strength. With a bite force of 650 PSI, this breed can take down prey much larger than itself.”

“The Kangal Shepherd is a Turkish breed of dog that is known for its large size and impressive strength. With a bite force of 743 PSI, this breed is the undisputed king of the canine world when it comes to raw power. Typically used to protect against wolves, bears, and jackals in its native Turkey due to its intimidating size and capabilities as an effective guardian.

“While all of these breeds are incredibly strong, the Kangal takes the top spot as the dog with the strongest bite in the world. With a force that is more than three times that of an average dog, this breed can take down prey much larger than itself. So, if you are looking for a dog that is not only powerful but also fearless, the Kangal is the breed for you!”

The Rhodesian Ridgeback is not a great dog for the faint of heart. It has a bite force of 224 PSI, and it is standoffish and requires a lot of exercise. Luckily, Rhodesian Ridgebacks are not known to be aggressive, especially not towards humans.

A strong and mighty fellow, the Caucasian Shepherd hails from the rugged Caucasus Mountains. They used to serve as guard dogs and their tenacity and strength make them excellent protectors against trespassers, thieves, and predators.

Today, they are regarded as police dogs in Russia and many parts of Europe. These are fearless pups that use brute and force to overcome danger and threats by intruders. 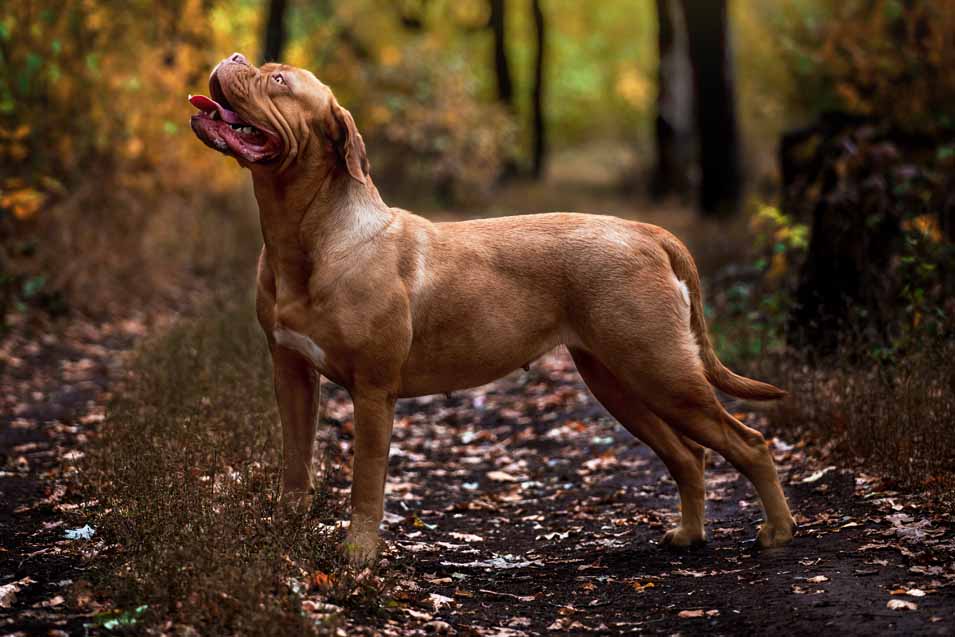 This dog type was highly prized for his strength and was often employed in positions where power was required such as pulling heavy carts or moving cumbersome objects. The Dogue de Bordeaux was also used for protection, keeping watch over the homes and belongings of the rich and famous.

Though a large breed in possession of a head of monstrous proportions, the Dogue de Bordeaux is actually quite a gentle soul who is most content lounging by his master’s feet.

A dog type that originated in Japan, the Tosa Inu was bred to be a fighting dog, tracing its history as far back as the 1300s. It is believed that the Tosa Inu’s pedigree includes such dog breeds as the Kochi, Shikoku, German Pointer, Mastiff, Great Dane, Saint Bernard, and Bull Terrier. The breed enjoyed great popularity in its native Japan and was aptly nicknamed the “Sumo wrestler of the dog world.”

The Tosa Inu is greatly respected in Japan and is regarded as a national treasure. A dog of impressive size, it is not surprising that the Tosa Inu’s bite force measures 556 P.S.I. The breed makes a loving and devoted family friend, but true to its roots as a pit fighter, can be aggressive towards other animals.

A dog breed sometimes referred to as an Old English Mastiff, the English Mastiff is well-renowned for its gentle, affectionate nature with its family and friends. The breed is particularly well suited to people with children. Though this breed is well known for its soft, sweet nature towards people, it still possesses an impressive bite force of 556 P.S.I.

The English Mastiff can be dog aggressive. The breed’s original role was to serve as a guardian or watchdog, a role at which its brawn and powerful bite allowed it to excel. 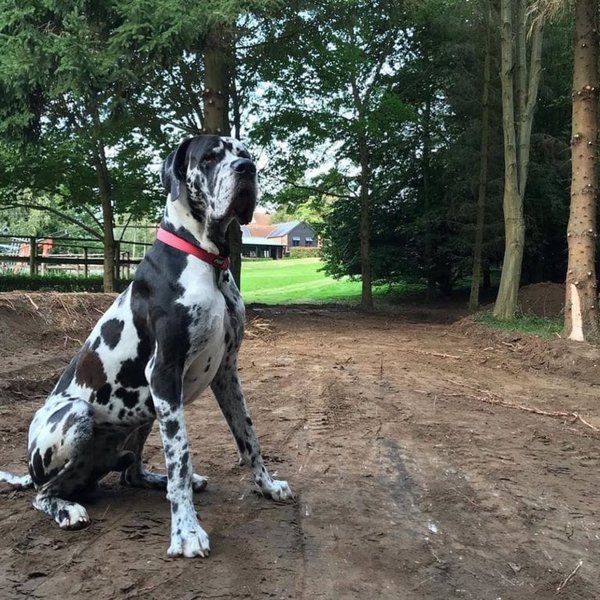 This massive beast may seem intimidating because of its build but Great Danes are actually one of the sweetest pups out there. These muscular canines have a heart that is just as big as its stature.

If you are a proud owner of a Great Dane, you can be sure that your pooch is always there to keep you safe from threats. But if you are outside of this big guy’s household, you better watch your back as they don’t hesitate to ward off intruders.

Which dog has more bite force than lion?

“The Kangal Shepherd is a Turkish breed of dog that is known for its large size and impressive strength. With a bite force of 743 PSI, this breed is the undisputed king of the canine world when it comes to raw power.

Cane Corso. This Italian mastiff was bred to hunt wild boar and today acts as a guard dog. Fiercely devoted to his family, he doesn’t care for strangers or small animals. The notorious Cane Corso can have a bite force up to 700 psi, which is greater than the bite force of a lion.

What dog has the weakest bite force?

Rhodesian Ridgeback: This African breed was bred to guard property and fight massive animals such as lions.