Because of its origin, the dominant yet faithful Ovcharka will not hesitate to deal with anything or fight back as long as they feel it’s a threat.

Any dog will show aggression or would be dangerous if their human parents were not able to raise and train them properly, or if they were mistreated.

It is vital for this alert dog to have an experienced owner. They need a leader that will teach them to socialize from a young age so they can learn how to be with anyone outside of their family.

Since the Caucasian Ovcharka was bred as a guard dog who’s always in charge, this is the same behavior that you’d expect if you decide to get a puppy of this breed.

They are suitable for families with older kids who have experience with large breeds, but they are best with an all-adult home.

Even though your children understand canine behavior and body language, never leave them unsupervised with any dog, especially with the Ovcharka.

The Russian Bear Dog is territorial and very protective of its family, and it can be wary of strangers. Aside from that, they are calm and devoted to their humans – a personality that will melt your heart.

If you’re worried about this breed making noise, Caucasian Shepherds aren’t known for excessive barking, but they won’t hesitate to alert their owner to any kind of potential threats. 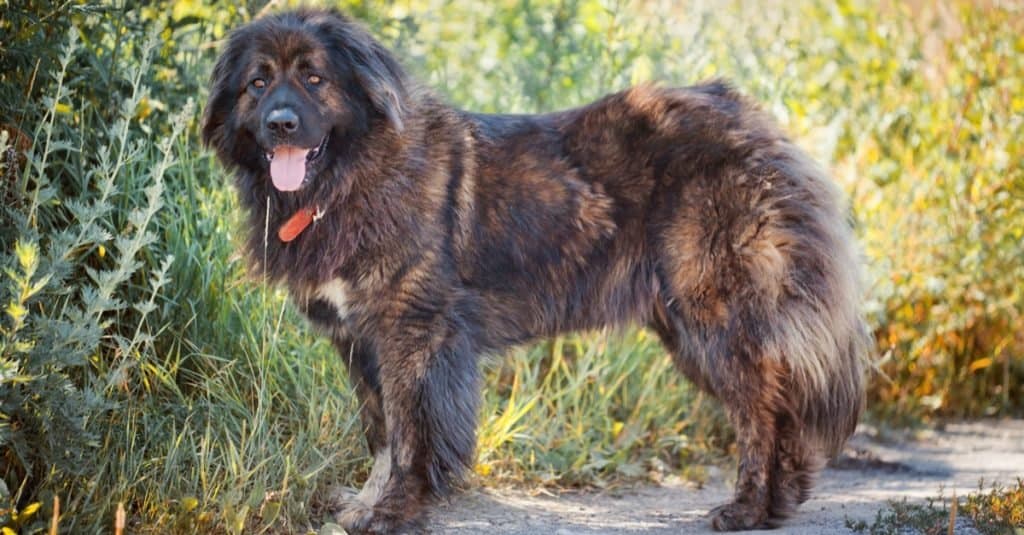 How big is a Russian bear hunting dog?

Russian Bear Dogs, commonly referred to as Caucasian Shepherd Dogs, were originally bred to protect flocks of sheep in the Caucasus Mountain region. This breed is sometimes also used when hunting bears. They are a very large breed, with some dogs weighing around 200 pounds, and have very strong protective instincts.

How much is a Russian bear hunting dog?