Where you go for what you do. The regions best source for events, arts, culture … everything.

History of the Russian Prison Dog

The CSD got his start in the Caucasus Mountains, a mountain range between the Caspian and Black Seas, where Asia and Europe meet.

This region is home to several large predators, including wolves and bears, and its farmers needed a dog that was formidable enough to protect livestock and deter these threats. The dogs also needed to be capable of withstanding the area’s notoriously harsh winters.

The Caucasian shepherd is a farmer’s right-hand dog, keeping the flock safe while also protecting the homestead from human intruders. His fiercely protective nature went on to make him an excellent companion for bear hunts, and in recent years, a top-notch military, prison, and police canine.

The Caucasian shepherd is also one of the breeds that was used to form the now extinct Moscow water dog. 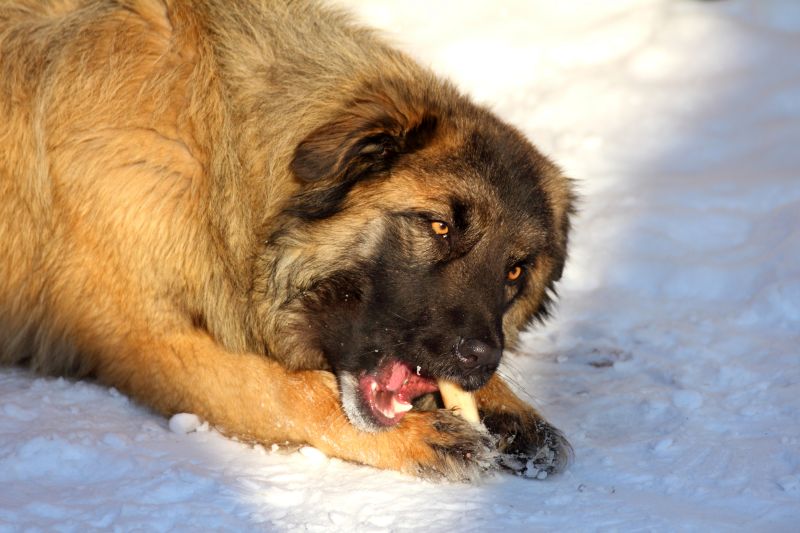 A giant breed, the Caucasian shepherd dog tips the scales at up to 220 pounds and can stand up to 30 inches at the shoulder. As with most other breeds, males are noticeably larger than females.

He’s heavily built, with long, thick limbs and an impressive musculature. Of course, dogs adapt to their lifestyles, so an active working dog is more likely to have such a build, whereas a couch-patrolling family dog will probably be less bulky.

When looking at the CSD, you’ll probably notice his mane first (in long coat varieties). This dense hair around his neck and shoulders makes him appear even larger, intimidating predators. His head is massive with wide-set ears, and he moves with authority, keeping his thick, bushy tail high.

The CSD’s coat is his most notable feature, with his dense fur insulating him from the frigid mountain winters where he originated.

His coat comes in multiple forms, including a short, medium, and long variety, and all feature a short, thick undercoat. The breed has a rainbow of colors to choose from, with gray, tan, and red being most prevalent. He typically has a mask and may have piebald, brindle, or white markings.

As you’d expect, grooming all this fur isn’t easy. He needs brushing several times a week to strip away dead hair and prevent tangles, which can be an issue with long-coated CSDs, particularly around the feathering of the legs and tail.

The CSD is also an impressive shedder, with one yearly hair dump that’ll leave your home in a hair-pocalypse for several weeks. Around this time, daily brushing is a must to keep up with it all. 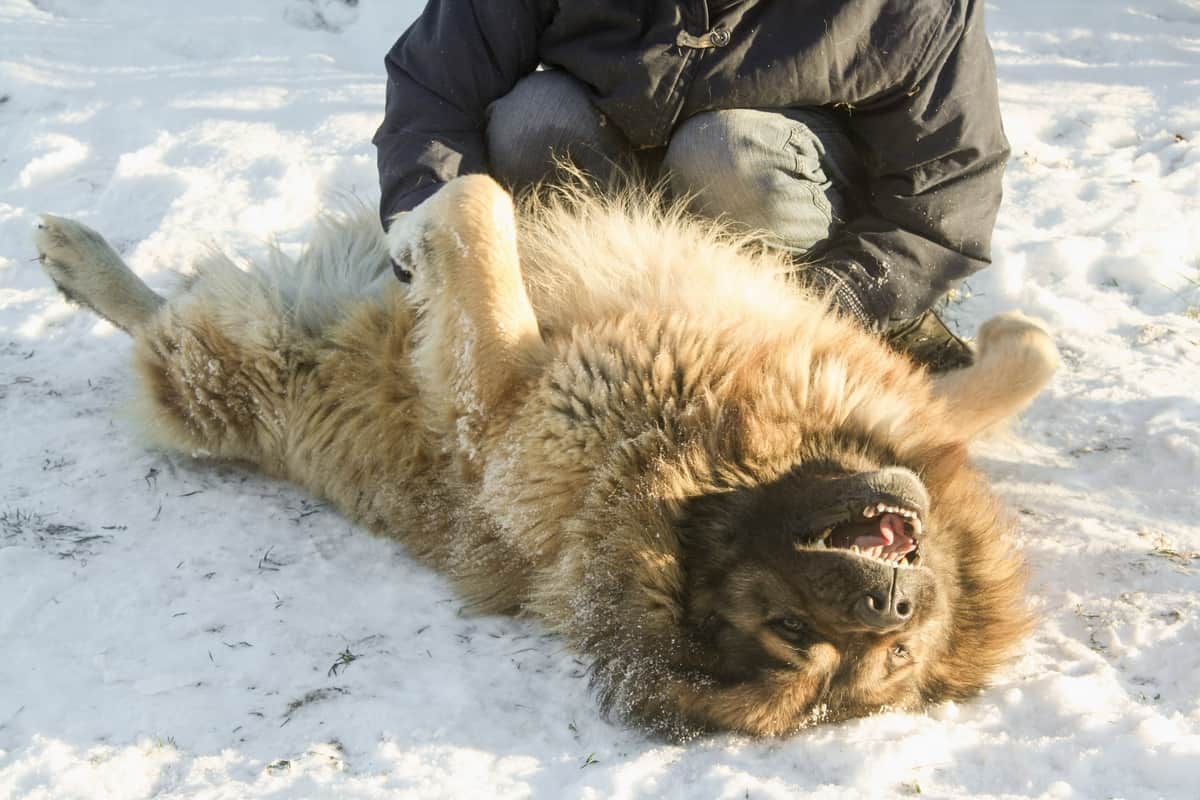 The original purpose of the Russian Prison Dog was to protect and guard livestock. This breed is alert, assertive, strong-willed, and courageous. If they’re not adequately trained and socialized, they can be ferocious, unruly, and uncontrollable.

The Russian Prison Dog naturally resents strangers and other canines but has a powerful urge to defend and protect its owner, family members, children, and other household pets.

They are impressive and zealous guardians of their families and can be distrustful of strangers, so caution is recommended. Caucasian Shepherds also have territorial and aggressive tendencies towards other dogs and animals unless raised with them.

The question is, “Do they make good family dogs?” Let’s face it. This dog breed is not for everyone, especially new or novice owners.

Although they can be loyal, loving, and very protective, they tend to be unruly and aggressive. Unless you’re getting them for protection, they are not really good family dogs.

It requires an owner who understands how to demonstrate strong leadership and is willing to spend a lot of time training and socializing.

This is because the dog can be very stubborn and bossy, thereby it needs an owner that can calm its aggressive tendencies.

The Caucasian Shepherd is not recommended for families with little kids and toddlers because of their overprotective nature.

They may see a rough play from visiting children as an attack on their family members and be convinced to respond accordingly.

If you are eventually going for this dog, you must make sure they’re strictly supervised during play with your children to prevent any accident. You must also train your kids on how to handle this kind of breed.

If you’re going to get this dog breed, you must be prepared to provide a large yard. This is because they are not comfortable living in an apartment or in-house due to their huge size.

Its thick coat makes it possible to thrive under severe weather conditions. So they can naturally cope with living outdoors. You must also allow them to move and run freely in an open area.

The Russian Prison Dog is mostly considered a healthy dog breed, but they can be susceptible to hip dysplasia like many large breeds.

They are also very likely to develop cataracts. Other common health problems they face are obesity and heart problems.

The life expectancy of Russian Prison Dogs is 10 to 12 years.

How big are Russian prison dogs?

Where is Russia’s toughest prison?

Size and Weight: How Big Do Russian Prison Dogs Get? As mentioned earlier, these dogs have massive size, measuring 23 to 30 inches at the shoulder, some of which are even larger. Their official weight is from 99 to 170 pounds. But some exceptional ones grow to almost 200 pounds.