As a Pitbull Breeder I get asked this question on a regular basis. What do I honestly think is the best pitbull bloodlines of all time? In all honesty I don’t think there is a top bloodline it really depends on the type of dog you are looking for. I know you were hoping I would just say one bloodline is better than the rest, but I am not one of those breeders who says “the gotti pitbull bloodline is the best and I will never breed any other line.” I think that there is some really bad bloodlines that I would not breed, but at the same time I would say there is a good 30 to 50 lines I would breed. If I really felt that there was one bloodline that was just perfect their would be no point in breeding because the perfect dog already exists. I have learned over the years all bloodlines have pros and cons. What you should do is choose the type of pitbull that fits the best for you and your situation because some bloodlines that are more the game bred style pitbulls need to be more active than others. A dog like my blue male Blade is better to be a house dog. That is why what breeder you choose to go with matters so much. I just always find it amusing when I see other breeders limiting their whole breeding program to just 1 bloodline. That is like your playing basketball and you can only have one move even if it’s the best move in the game but as long as you limit yourself to that kind of thinking you won’t last long in breeding dogs. I think it is a foolish mistake to say 1 bloodline has every trait you desire in a dog because everything can always be improved on. Let me give you an example of my two males Blade and Gino that are both Pictured Below 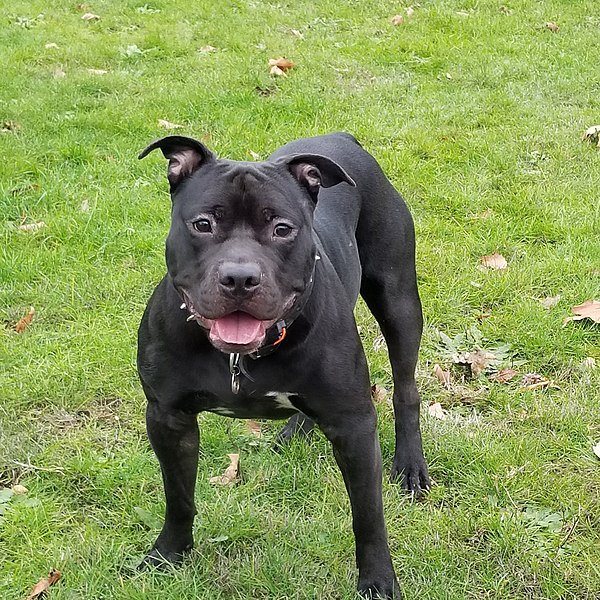 Another line that originated in Los Angeles, Monster G is named after the progenitor of the line. The original Monster G was an intimidating guard dog, but he also loved to run and play in his backyard. He was even known for doing service in his community.

Monster G Pit Bulls definitely earn the name “monster,” as they have wide bodies and huge heads. They look like they could stop an army, but they have a gentle nature. Their favorite thing is to run and play, but they will protect their families if they need to.

An old bloodline, the X-Pert dates back to Texas in 1930. The line was started by two breeders, Clifford and Alberta Ormsby, who saw that the breed was full of deformities and other physical issues. They set out to improve the breed, and they started by buying a female named Ormbsy’s Madge.

X-Perts are bulky and muscular and they mix agility with power. This makes them natural athletes, and they’re known for being able to jump out of their skin. They tend to be humble, so they’re not likely to start trouble with dogs or people.

This is one of the oldest and most popular Pit Bull bloodlines. It originated in 1889, the handiwork of a breeder named John Colby. While he was based in America, Colby bred his animals using the finest dogs that he could get from Ireland and England.

Colby Pit Bulls have bulky heads and short tails and are generally built in proportion in terms of height and weight. They’re known for being loyal and charismatic pets, and they tend to do well in canine competitions. They also have lustrous coats and shed frequently, so they’ll require regular grooming.

The Jeep bloodline has a dark history, but it has nevertheless managed to produce some wonderful dogs. The name refers to the progenitor of the bloodline, a dog named “Crenshaw’s Jeep.” Crenshaw was his owner, and he wasn’t much of one at that: He used Jeep as a fighting dog. Jeep excelled in the ring, and as a result. his genetic material was in high demand among unsavory types.

Jeep Pit Bulls are extremely muscular, with deep-set eyes and short, bristly coats. Despite their bloody history, though, they aren’t naturally predisposed to violence, and instead, they can be quite sweet and loving, provided that they’re shown love and respect in return.

This bloodline was created in 1997 by Richard Barajas at his West Side Kennels in Los Angeles. It’s named after the father of the line, a dog named The Notorious Juan Gotty.

Gottilines are some of the easiest Pit Bulls to spot. They’re much bulkier than other lines and tend to be quite stocky and low to the ground. Their necks are thickly muscled, and the overall look is quite intimidating. Despite this, they’re known for getting along well with people and other dogs, provided that they’re socialized properly.

What Has A Better Bloodline A Red or Bluenose Pitbull

I hear people and even breeders saying I will only breed blues or I will only breed reds but like I said that is so wrong if you want to breed the best dogs in the world. I don’t mean the biggest or a certain color of dogs no we want the total package what is the point to have a 150 pound dog that dies at 5 and can never jump my fence? That is the reason we have so much diversity is we are just wanting to produce the best pitbull know to man and we realized its not just a blue or a red dog but the combination of the best traits from multiple bloodlines that will attain our goal. Do me a favor and go look around and show me one breeder who breeds reds and blue colored dogs on a regular basis like we do. After owning so many different bloodlines and two alpha males like I have I would say that they are both specimens but at the same time they both respectively lack traits when compared to the other. Gino has a very long history which most red dogs do if you follow their pedigree back far enough. The pedigree will usually take you back way farther compared to the blues and that explains how most reds have more of the traditional pitbull look. The traits Gino has that are just absolutely perfect is his muscle definition, athletic ability, health and his overall prey drive and willingness to work. Gino can jump a 6 foot fence without a problem but Blade could not jump the fence if his life depended on it. Gino also pulled 6,000 pounds at only 1 year old which is just absolutely amazing of him to do at such a young age. Gino can move so much better than blade when we are comparing jumping, running and everything athletically which a lot of people really prefer a dog that can move like that. Gino also produces a way more hardy puppy and what I mean by that is they’re overall more healthy on a consistent basis if we compare 5 litters from the each of them.

Now lets talk about the genetic traits that Blade Dominates over Gino in every shape way or form. Blade has a head about 6 inches bigger than Gino and weighs a good 30 pounds more than Gino. Blade is taller than Gino and has way tighter feet which is a big deal if you are ever showing your dog. Blade also has a way better snout and his head has a way better shape than Gino does. As you can see they come from famous bloodlines, Blade has the most popular bloodline in him from the blues which is ICK and RBG. Gino has some of the best red bloodlines which are Camelot and Chevy, they both are know worldwide. This is the part of breeding that I just love because both dogs have characteristics that is so much better than the other. So instead of saying that Blade or Gino is a better dog than the other one. Why not take the best traits from both of them and combine them together? Pictured below is Maggie which she was a 1st pick Blade daughter that will be breed to Gino this week. Also Maggie’s mother Minni was a 1st pick Female from Phantom X Gina. I honestly am so excited to see the Mike Tyson of reds breed to the Shaquille O’Neal of blues.

Pictured Above is the Blade Daughter being breed to Gino

What is the rarest color of Pitbull?

What are the 5 types of Pitbull?

The distinctive appearance of blue fawn Pit Bulls comes from a homozygous recessive gene, making it one of the rarer Pit Bull colors. For the blue fawn color to occur, a puppy must inherit the dilute gene from both parents.